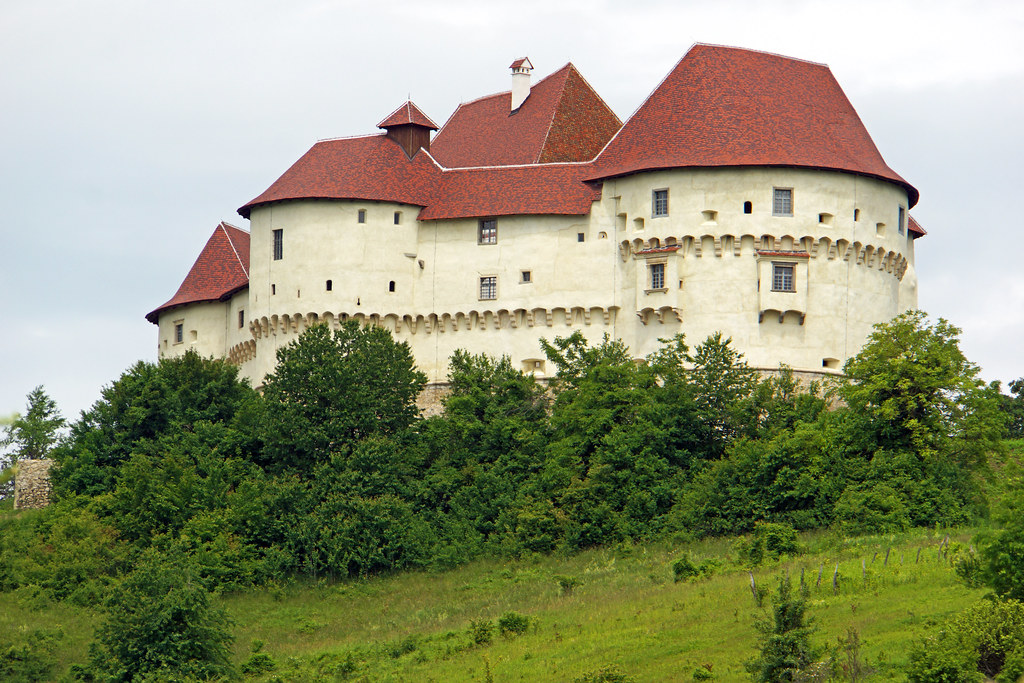 License: Creative Commons - Attribution-Share Alike
Author: Dennis Jarvis
Description:
PLEASE, NO invitations or self promotions, THEY WILL BE DELETED. My photos are FREE to use, just give me credit and it would be nice if you let me know, thanks. View of the castle from the restaurant area. My maximum zoom (200mm). Veliki Tabor Castle, built by Croatian nobility in the 16th century, the castle is a romantic collage of turrets, towers and tiny windows. It was originally built as a fortress with sweeping views. The legend of the castle is a romantic tragedy - Veronica of Desinic. During excavations at the castle in the 1980s, the skull of a woman was discovered. A legend of the 15th Century tells of the powerful Croatian count Herman II of Celje, whose son Frederick fell in love with a peasant beauty from the village of Desinic at the foot of the castle. Frederick was already married to the daughter of a powerful family, but divorced his wife to elope with the girl. They were married in the family hunting lodge of Friedrichstein in Slovenia. The old man, threatened by the collapse of his alliance with the family of his son's wife, refused to recognize the marriage and sent his soldiers to bring the lovers back to Croatia. He walled his son prisoner in a castle room until he would disavow his love for Veronica, but Frederick kept his promise to her for four years of captivity. As a last resort, Herman had Veronica tried as a witch. A court found her innocent of the charge, but the old man would not be refused and applied the old test of witchcraft, dunking her into water – if she floated to the top she was a witch, if she sank, she was innocent. Thrust head first into a large tub of water, she drowned - proved innocent of witchcraft, but dead. The skull is held in the chapel of the castle.