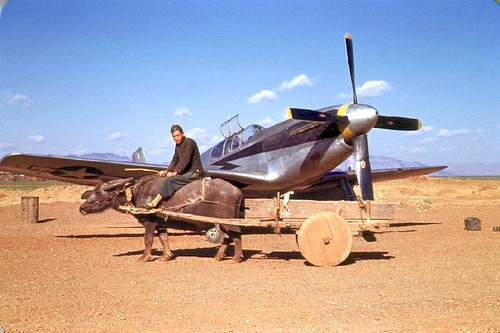 License: No Copyright
Author: SDASM Archives
Description:
Jack D. Canary Special Collection Photo Photo at Chengkung China 1944. Early paint scheme as the yellow outline of the lightning bolt has not yet been added. Jack Canary was a Tech Rep with North American Aviation in China during World War Two. After the War, he continued to work with NAA and also built and restored aircraft. He worked as a consultant on the film “Tora, Tora, Tora” and was killed while flying a PT-22 for the film in 1968. COMMONS.SOURCE INSTITUTION: San Diego Air and Space Museum Archive