Cywydd to the Quim 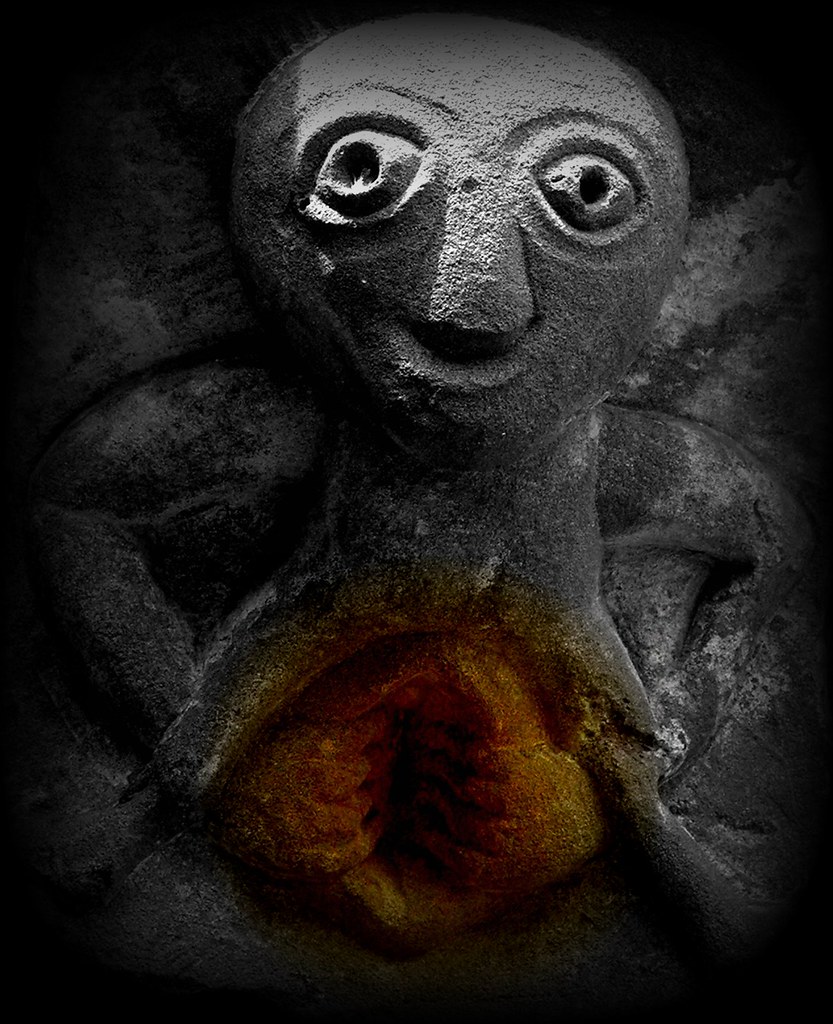 License: Creative Commons - Attribution-Share Alike
Author: Giles Watson
Description:
Please don't read any further if you don't like 'rude' words. Mediaeval poets were far less inhibited than some of us are in the twenty-first century. Cywydd to the Quim Cywydd y Cedor Every boorish, dullard poet Who knows how to drink and prate, (I will never give them board Knowing I am better bred), Prattles on in plaintive praise Of girls’ assets without pause, All, by Christ, incompetent. Day in, day out, incontinent Crawlers out to cadge a girl Praise her hair as if the Grail Was tangled in it. Lower Down they go, and now glower Over her eyebrows: her frown Is bliss. Thus to the breasts, round Between the arms, fit to burst, And her hands, folded and blest. Now the wizard poet’s sight Turns, by magic, ere it’s night, Toward God! The coarse clod Waxes holy, cods gone cold, Ignores the place (where kids come From) like the plague: it’s a crime! Why the sudden, boyish qualm When it comes to praise the quim: Beneath a smock, hairy splice Split with a delicious slit? Fair court of fat, skin and flesh, Plume of goose, a scaleless fish, Quim, you are the perfect swatch: Broad lipped, pulsing snatch, Gouged valley, deep as a spoon, Ditch to make a penis swoon With ardour. True silken purse: Cunt beside a pouting arse, How the churchmen sniff, and chase Your gifts, when they get any chance. Beuno! Priests, when they’re fed up Never fail to feel it up! That’s why, poets, for false shame, You should not shirk. Praise the quim! Set your words free from prison: Let the quim be your patron! Silky seam, verse’s Sultan, Cunt with a fleshy curtain, Gates open, gashed for greeting, Sour grove, all wet and gushing, Fine forest, slick gift of brides, Cushion for a pair of balls, Girl’s lush grove. I fail to blush. God save you: delightful bush! Poem by Gwerful Mechain, paraphrased by Giles Watson, 2012. Gwerful Mechain was writing poems in Powys in about 1480, about a century after the death of Dafydd ap Gwilym, and she is the only woman poet in mediaeval Wales whose works have been preserved for posterity in any significant quantity. In this poem, she takes issue with the traditional and conventional catalogue of praise of a woman’s beauty which was appropriated ad nauseam by male poets, including Dafydd himself, because it invariably left out the one part which makes a woman a woman. St. Beuno was a seventh century abbot of Clynnog Fawr , a missionary who was known for being hard on sinners, but merciful to those in distress, and he was credited with the miraculous resurrection of his niece, the virginal Saint Gwenffrewi (Winifred). This poem bears fruitful comparison with Dafydd ap Gwilym’s self-mocking poem on ‘The Penis’: www.flickr.com/photos/29320962@N07/4383740687/ The picture shows the famous Sheela-na-Gig at Kilpeck church in Herefordshire.