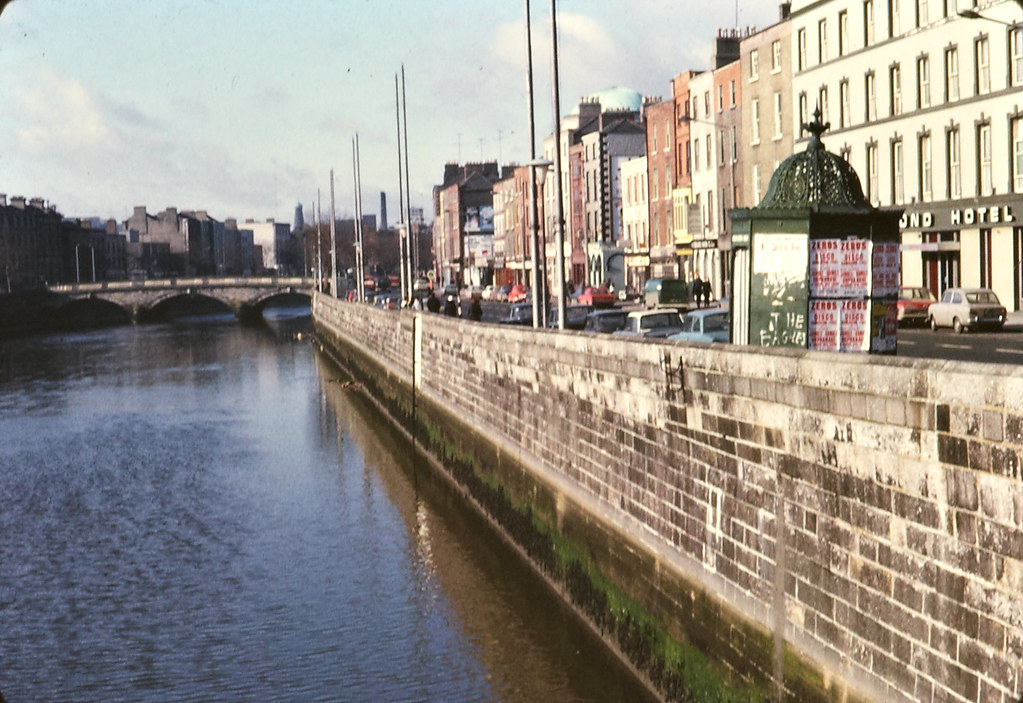 License: No Copyright
Author: National Library of Ireland on The Commons
Description:
Revisiting (metaphorically) the urinal on Upper Ormond Quay, Dublin that we featured a while back. That 1969 Wiltshire photo was in black and white, so good to see some colour, even if it was a rather murky dark green. We think this photo was taken in 1973, and that certainly tallies with "The Eagles" scrawled on the wall, but what about "Zero's Disco"? We asked if anyone with a misspent Dublin youth knew anything about Zero's, and to give us more dating information (and by "dating", I mean the day or month…) - no need to share tales of slow sets! Well, not unless you really want to... Thanks to Slow Loose Chippings for letting us know that "Zero's Disco was in Wolfe Tone St. "Brush" Sheils used to play there, amongst others!" Thanks to mikeyashworth for letting us know that this urinal: "was one of the French style pissoirs imported prior to the 1932 Dublin Eucharistic Congress as part of a 'clean up Dublin' campaign." Mikey also added that he thinks the last of such pissoirs in Dublin "was at Fairview at the end of Malahide Road in c1980". Date: 1973? NLI Ref.: WALK123