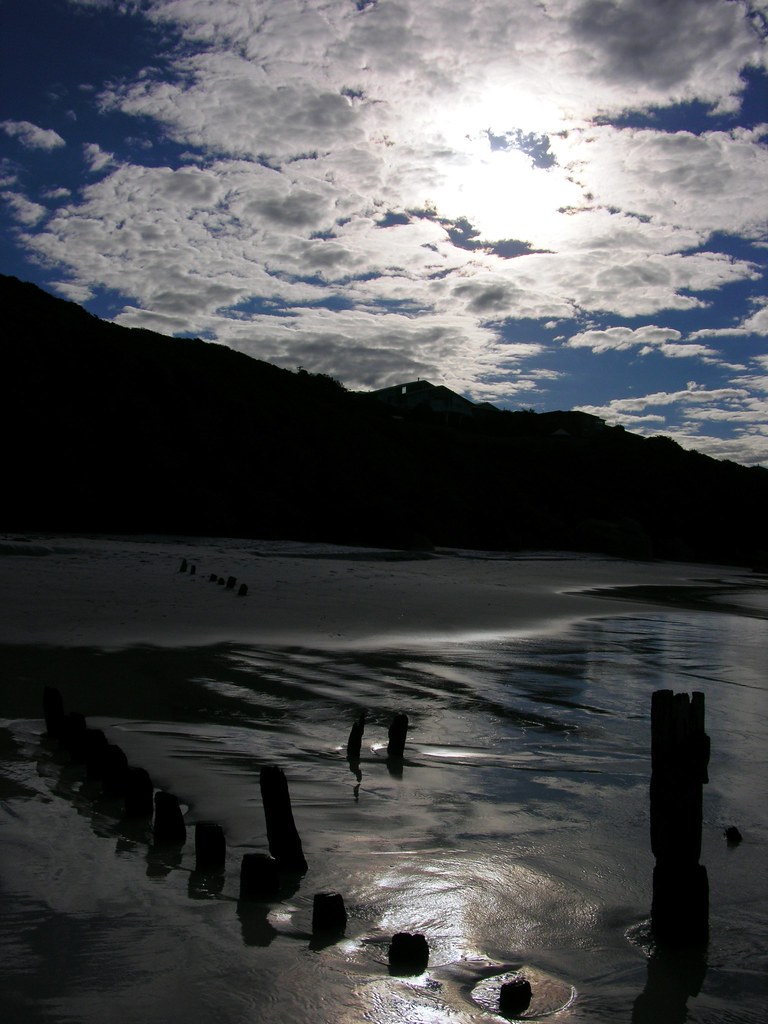 License: Creative Commons - Attribution-Share Alike
Author: Giles Watson
Description:
A video with a reading of the poem, and views from the Vancouver Spring itself, can be seen here: www.youtube.com/watch?v=6ituz_JL_Wg Vancouver Spring With constitutions enfeebled, Ravaged by flux, we sought harbour, Beyond a point like a bald man’s skull, Submerged to the eye-sockets, The granite steep and naked, warted With protuberances, lofty edifices in ruin, The vegetation scorched with fire. We rowed for a white ribbon of sand, Our stomachs sluiced as bilge, Craving fresh water, and found it, Draining through the beach, Coloured like brandy, browned With peat and sea-grass, yet Unstained to taste. The trees beside it filled our hold With fuel, pungent as peppermint; Beyond them, a hovel, just deserted: A dog’s spoor, a leatherjacket’s skin. We climbed a hill beyond the burning, Where forests grew, luxuriant From slope to shore: an estuary And an island, the herbage Beautiful. Green. We sighed, Unscrolled Our weevilled Union Jack, And took Possession. Poem by Giles Watson, 2011. My source is George Vancouver’s A voyage of discovery to the North Pacific Ocean, and round the world (1798), and I have left some of his phrases unchanged. The spring where Vancouver watered his ship is on Frenchman Bay, and still exists, although the water often runs clear. The myth that Vancouver thought the area around Albany, Western Australia, to be barren and inhospitable, has arisen out of selective quotation from his account. The bleakest part of the description is, in Vancouver’s own words, that which depicts a part of the coast “which had recently undergone the action of fire”. His description of his view from Point Possession of Oyster Harbour - and of Green Island in the centre of it - is much more favourable. I have now added a series of pictures and excerpts from Vancouver's narrative in the comments.