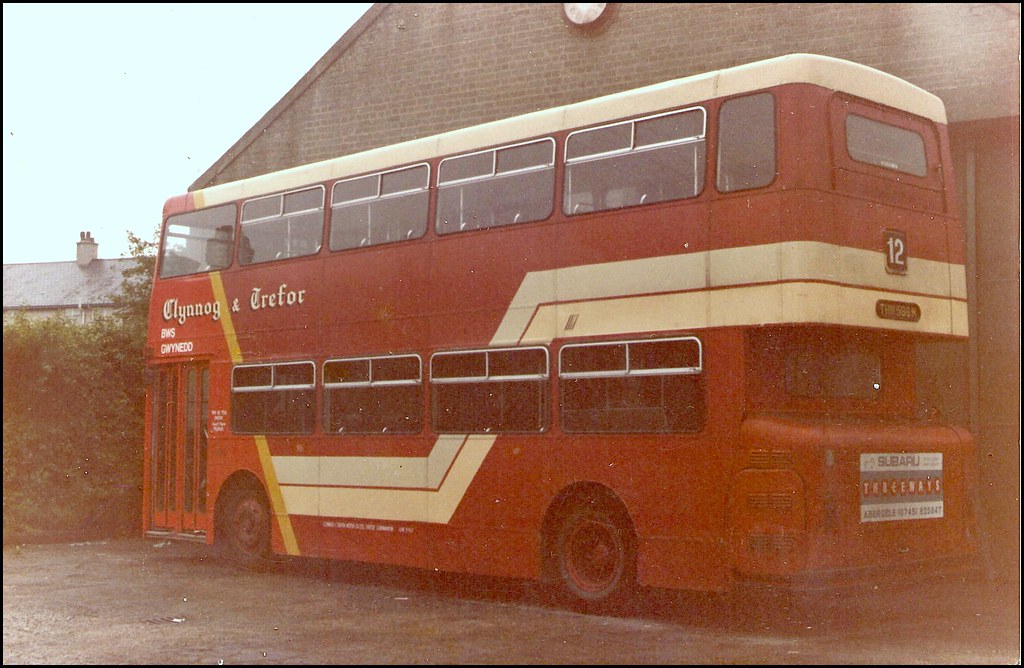 License: Creative Commons - Attribution-Share Alike
Author: Eddie Leslie
Description:
THM 586M was new, in 1973, to London Transport as DMS1586 by 1980 it had been withdrawn and despatched to Ensign, Purfleet for onward sale. I t was one of the vehicles used, in 1981, by CK Coaches to compete with Cardiff City Transport it only stayed with them for a month passing quickly to Waddon, Caerphilly Then to Stevensons, Spath who had the bus converted to single door. It was still only 1982 when the bus passed to Clynnog & Trefor, who withdrew it for scrap in October 1986.