On Clusters and Constellations 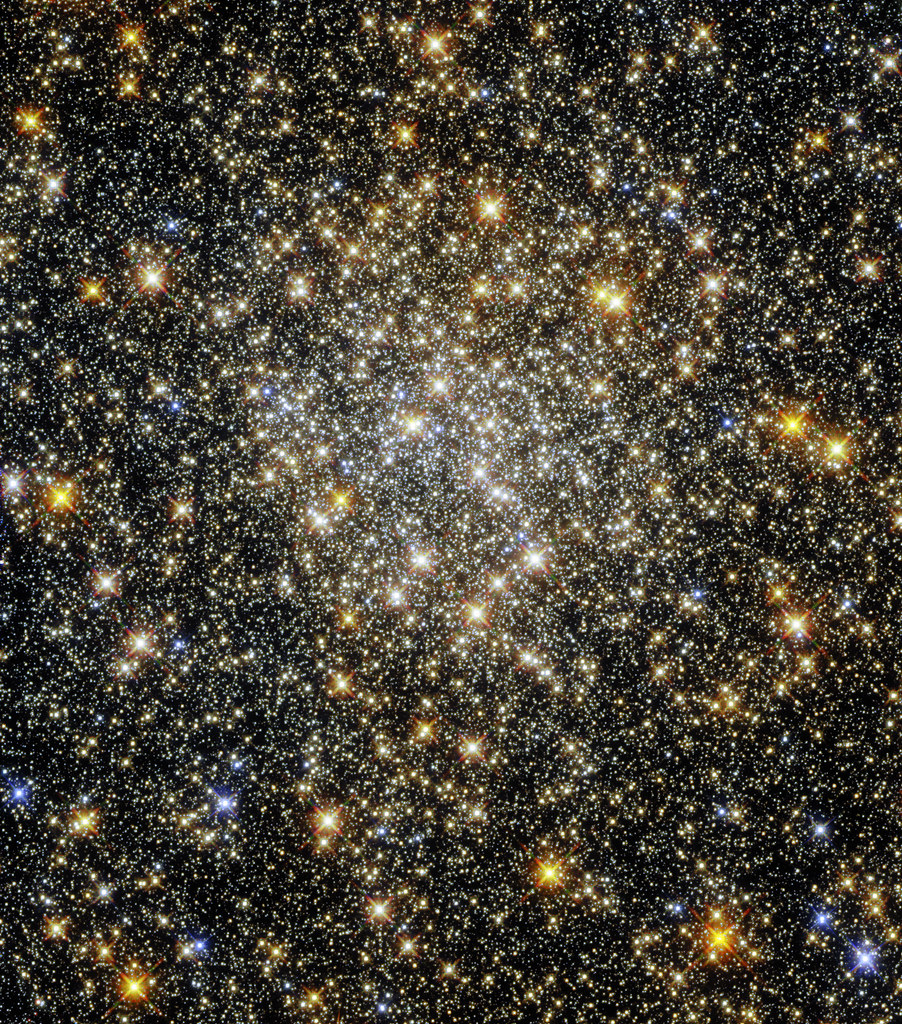 License: Creative Commons - Attribution
Author: European Space Agency
Description:
This sparkling starfield, captured by the NASA/ESA Hubble Space Telescope’s Wide Field Camera 3 and Advanced Camera for Surveys, contains the globular cluster ESO 520-21 (also known as Palomar 6). A densely packed, roughly spherical collection of stars, it lies close to the centre of the Milky Way, where interstellar gas and dust absorb starlight and make observations more challenging. This absorption by interstellar material affects some wavelengths of light more than others, changing the colours of astronomical objects and causing them to appear redder than they actually are. Astronomers call this process “reddening”, and it makes determining the properties of globular clusters close to the galactic centre — such as ESO 520-21 — particularly difficult. ESO 520-21 lies in the constellation Ophiuchus, near the celestial equator. Ophiuchus was one of the 48 constellations which appeared in the writings of the second-century Egyptian astronomer Ptolemy, all of which are among the 88 constellations officially recognised by the International Astronomical Union today. Not all the constellations proposed by astronomers throughout history have survived, however — forgotten or obsolete constellations include Felis (the Cat), Rangifer (the Reindeer), and even Officina Typographica (the Printer’s Workshop). Credits: ESA/Hubble and NASA, R. Cohen; CC BY 4.0