Hubble Views a Faraway Galaxy Through a Cosmic Lens 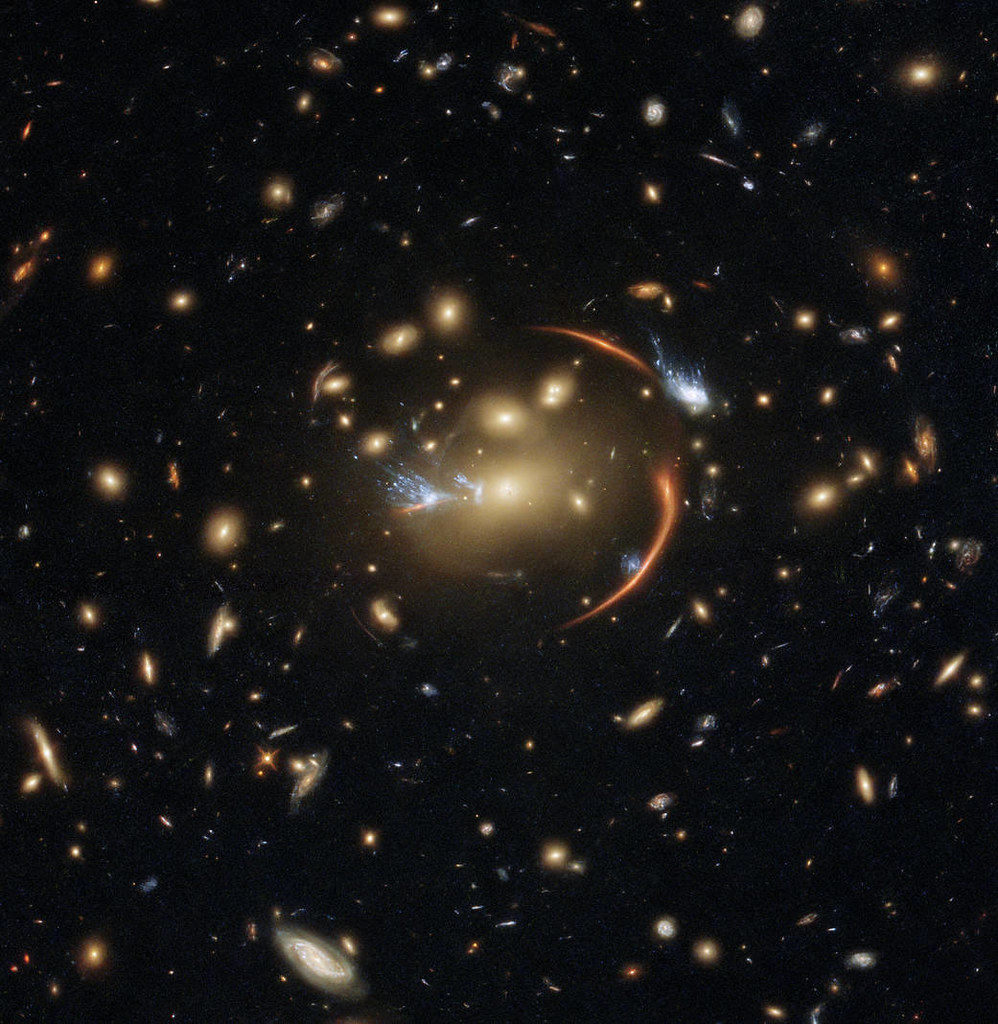 License: Creative Commons - Attribution
Author: NASA Goddard Space Flight Center
Description:
The center of this image from the NASA/ESA Hubble Space Telescope is framed by the tell-tale arcs that result from strong gravitational lensing, a striking astronomical phenomenon which can warp, magnify, or even duplicate the appearance of distant galaxies. Gravitational lensing occurs when light from a distant galaxy is subtly distorted by the gravitational pull of an intervening astronomical object. In this case, the relatively nearby galaxy cluster MACSJ0138.0-2155 has lensed a significantly more distant inactive galaxy – a slumbering giant known as MRG-M0138 which has run out of the gas required to form new stars and is located 10 billion light-years away. Astronomers can use gravitational lensing as a natural magnifying glass, allowing them to inspect objects like distant dormant galaxies which would usually be too difficult for even Hubble to resolve. This image was made using observations from eight different infrared filters spread across two of Hubble’s most advanced astronomical instruments: the Advanced Camera for Surveys and the Wide Field Camera 3. These instruments were installed by astronauts during the final two servicing missions to Hubble and provide astronomers with superbly detailed observations across a large area of sky and a wide range of wavelengths. Text credit: European Space Agency (ESA) Image credit: ESA/Hubble & NASA, A. Newman, M. Akhshik, K. Whitaker NASA image use policy. NASA Goddard Space Flight Center enables NASA’s mission through four scientific endeavors: Earth Science, Heliophysics, Solar System Exploration, and Astrophysics. Goddard plays a leading role in NASA’s accomplishments by contributing compelling scientific knowledge to advance the Agency’s mission. Follow us on Twitter Like us on Facebook Find us on Instagram