Here is the shipping forecaster 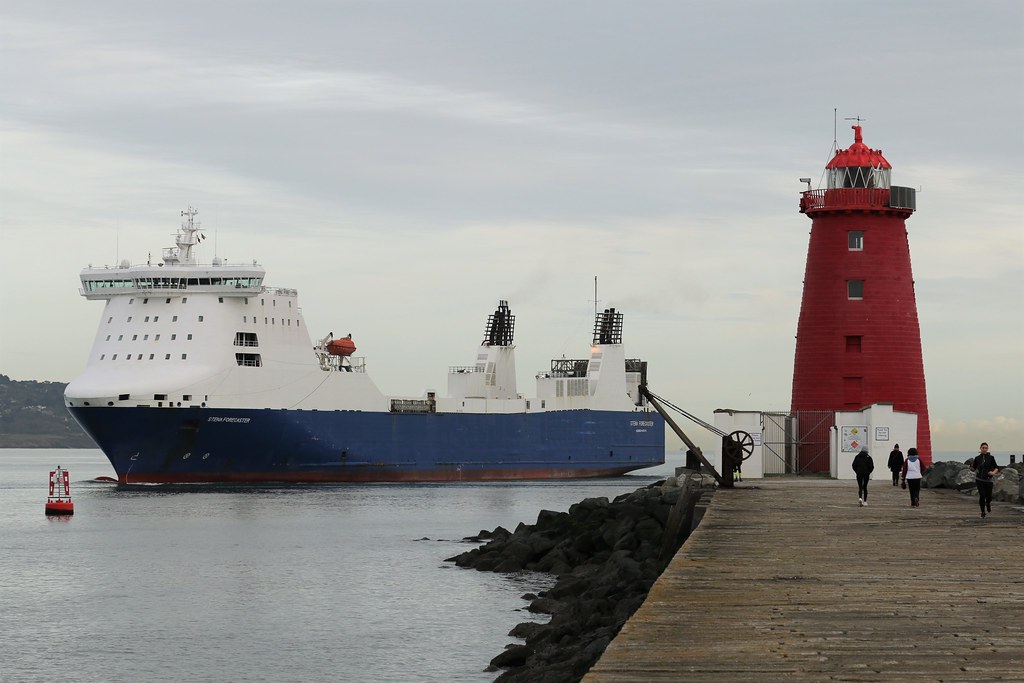 License: Creative Commons - Attribution
Author: Cityswift
Description:
Stena Forecaster currently on lease to P & O Ferries on their Dublin-Liverpool sailings, seen passing the Poolbeg lighthouse at Dublin, it was at anchorage in Dublin Bay. It would later operate the 15.00 hrs sailing from Dublin to Liverpool. While it was originally a nocturnal creature operating into Dublin weekdays around 22.50 hrs & outbound the following morning at 03.00 hrs when it started the charter, over December the timetables became more fluid & ship diagrams changed around allowing some shots of this "old school " vessel. Stena Forecaster replaced Masida on charter to P & O Ferries for the Liverpool route. Sister ship Stena Foreteller will begin a new charter from Rosslare to Cherbourg alongside the Stena Horizon in January 2020. The Stena Forecaster now joins the Stena Carrier & Stena Foreteller as visitors to Dublin Port in recent years on various charters by Stena Ro Ro. This is the #StenaForecaster