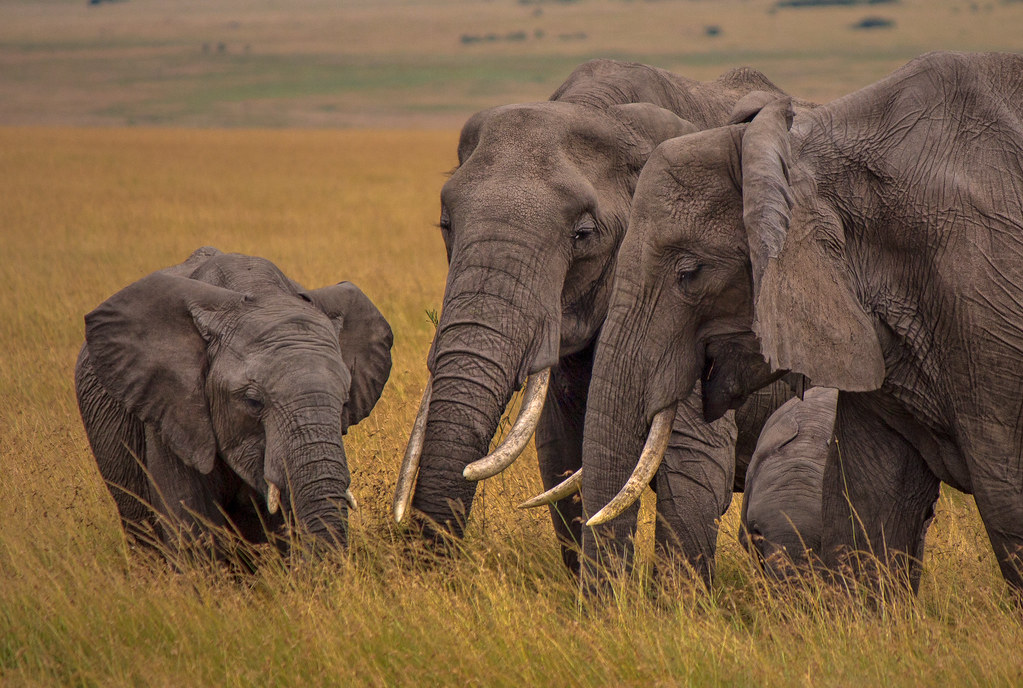 License: Creative Commons - Attribution
Author: Ray in Manila
Description:
The African bush elephant (Loxodonta africana), also known as the African savanna elephant, is the larger of the two species of African elephants, and the largest living terrestrial animal. These elephants were previously regarded as the same species, but the African forest elephant has been reclassified as L. cyclotis. The adult bush elephant has no predators other than humans. While the most numerous of the three extant elephant species, its population continues to decline due to poaching for ivory and destruction of habitat. The African bush elephant is the largest and heaviest land animal on Earth, being up to 3.96 metres (13.0 ft) tall at the shoulder and 10.4 tonnes (11.5 short tons) in weight. On average, males are about 3.2 metres (10.5 ft) tall at the shoulder and 6 tonnes (6.6 short tons) in weight, while females are much smaller at about 2.6 metres (8.5 ft) tall at the shoulder and 3 tonnes (3.3 short tons) in weight. Elephants attain their maximum stature when they complete the fusion of long-bone epiphyses, occurring in males around the age of 40 and females around the age of 25.Their large size means that they must consume around 50 gallons of water everyday in order to stay hydrated. Females and their young live in herds of 6 to 70 members. A herd is led by the eldest female, called the matriarch. Males leave the herd upon adolescence to form bachelor herds with other males of the same age. Older males lead a solitary life, approaching female herds only during the mating season. Nevertheless, elephants do not get too far from their families and recognize them when re-encountered. Sometimes, several female herds can blend for a time, reaching even hundreds of individuals. en.wikipedia.org/wiki/African_bush_elephant