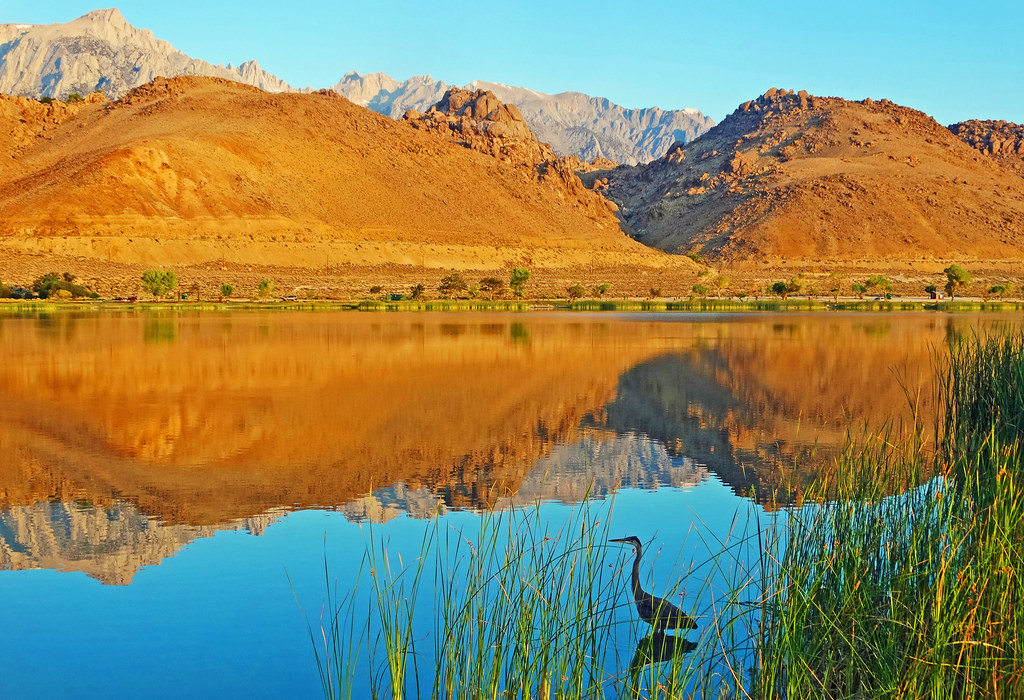 License: Creative Commons - Attribution-Share Alike
Author: Don Graham
Description:
(1 in a multiple picture album) I was coming back from an aborted trip to June Lake caused by a tire blowout and damage to my truck. I was disheartened because I had not the change to get my anticipated photos. Something caused me to stop at a little state park south of Lone Pine. I had passed the park many times unaware of the pretty little lake it contained. When I got there that morning the new sun was just lighting the Sierra Range. In front of the peaks were the volcanic mounds of red sand. The lake was reflecting all of it and, as an added bonus, a heron was searching for breakfast in the shallows. This shot made the trip worthwhile. At the left center of this shot you can just make out Mt. Whitney, the highest point in the lower forty-eight. It is not the large peak which one would think, but the one that appears, due to its further distance, to be smaller and shorter to the right of it.