Adelaide. Springfield A 1930s sandstone mansion with a castle like entrance portico in the expensive garden suburb of Springfield. 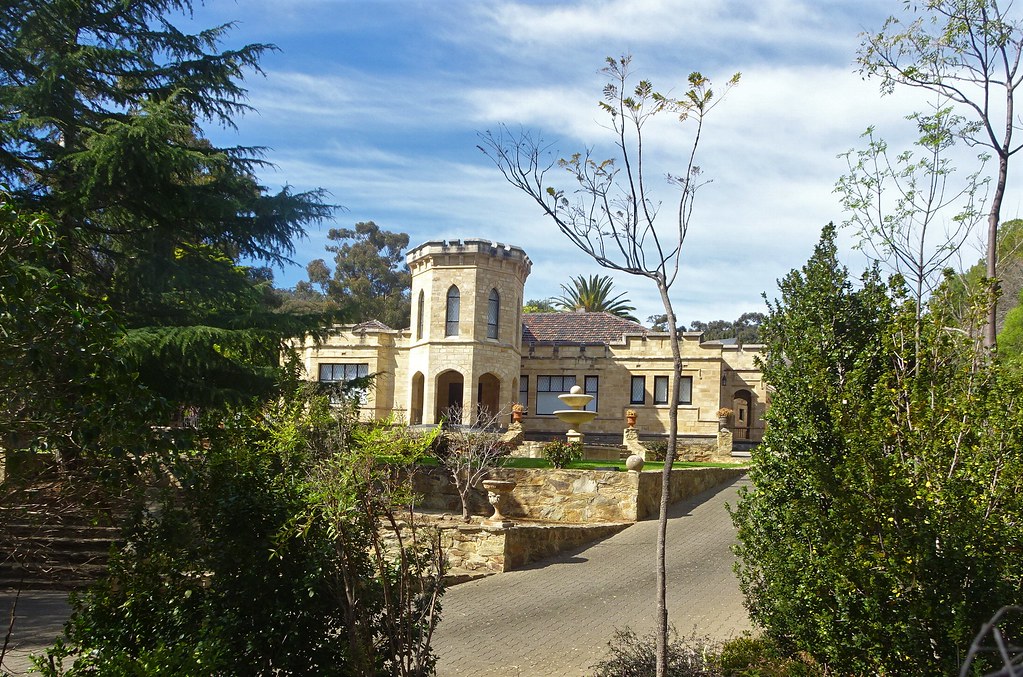 License: Creative Commons - Attribution-No Derivatives
Author: denisbin
Description:
The Springfield subdivision was planned as a private commission by Walter Scott-Griffiths the Government Town Planner at that time in 1928. Trees were not felled and retained in the middle of roads if necessary and quaint stone bridges were built over the creeks. Street design took account of the contours of the land. In keeping with the garden city movement streets were named Woodland, Elmglade, Glenwood, Meadowvale, Hillside and Brookside in a rather English tradition although the landscape was dominated by magnificent old River Red gums. The subdivision was to have no electricity or telephone wire or posts and it is believed to have been the first such suburb like that in Australia. Quaint wrought iron standard lamps and street signs were erected for the suburb. The lamps and bridges were designed by architect E Danker. Despite these attractive features the suburb grew slowly until the 1950s.