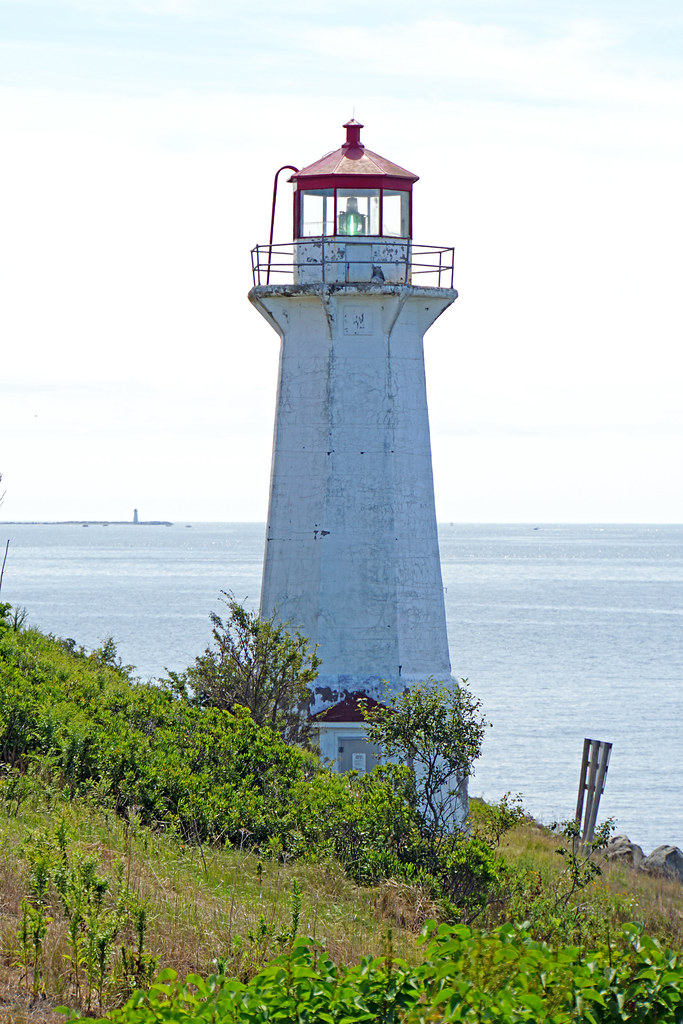 License: Creative Commons - Attribution-Share Alike
Author: Dennis Jarvis
Description:
PLEASE, NO invitations or self promotions, THEY WILL BE DELETED. My photos are FREE to use, just give me credit and it would be nice if you let me know, thanks. Taken from the lighthouse keeper's house, I wanted to get closer but the area was roped off. Other lighhouse on the horizon is the McNabs Island lighthouse, visited before. George's Island in the middle of Halifax harbour has a lighthouse and a military fortification, no longer in use. The first lighthouse on Georges Island was established in 1876. In 1916 the lighthouse was destroyed by fire. A temporary light was established from a dwelling on the island. Early in 1919, the light was lit in a new concrete lighthouse. The same design was used at Louisbourg in 1923. This is the lighthouse that stands on the island today. It is about 200 feet from the keeper's dwelling, which is still standing. Tower Height: 15.85 meters (52ft) Light Height: 17.1 meters (56ft) above water level Lighthouse Keeper's Residence is to the left of the lighthouse. For nearly 100 years, a lighthouse keeper lived on Georges Island. Originally, the residence was attached to the lighthouse but, following the 1916 fire which destroyed the first lighthouse, a separate dwelling was constructed. In 1972, the last lightkeeper left the island with his family after the lighthouse was converted to one of the first fully automated lighthouses in Canada.