Adelaide. Mitcham. Stablel and coach house of Glenburnie House. This half hipped coach house was built around 1910. 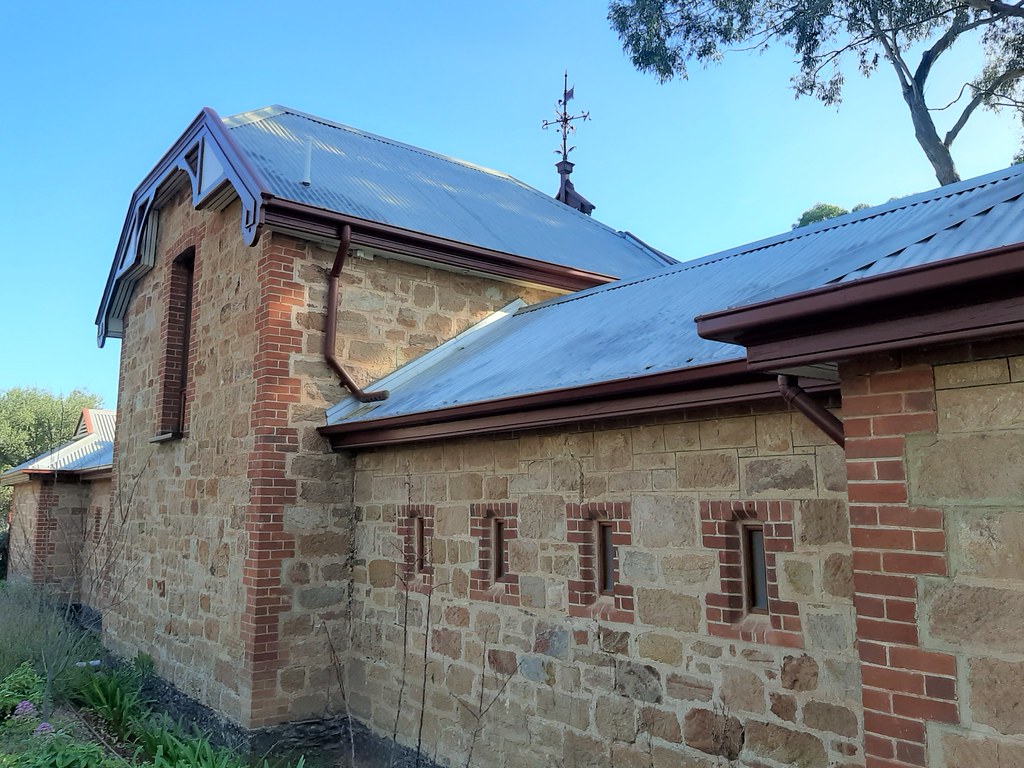 License: Creative Commons - Attribution-No Derivatives
Author: denisbin
Description:
Glenburnie House. In the suburb of Torrens Park in Chalk Place off Ford Avenue is this almost hidden mansion. It has no proper street frontage and the driveway disappears from street view. Scotsman Alexander MacGeorge built this two storey bluestone mansion in 1872. It was extended in 1884 and again in 1889. MacGeorge called the house Ballangeich. When it was sold in the late 19th century it was renamed Glenburnie. The grand 14 room house with outbuildings, coach house, tennis court etc was sold by Robert Ford in 1920 when he subdivided most of the acreage around it. Later owners subdivided the garden leaving it with no proper street frontage. The house faces Chalk Place which is the family who subdivided the garden probably the early 1950s. In 1979 the Chalk family bequeathed the house to the Royal Institute for the Blind who eventually sold the mansion. It has had many owners since then and has been restored and updated inside to make it a truly grand mansion. Alexander MacGeorge arrived in SA in 1839 on board the Ariadne. He was employed in the Office of the Chief Secretary of SA for some years before he established his business interests. By 1852 he was one of the early trustees of the Savings Bank of South Australia. He founded the Unley and Mitcham Tramway Company in the 1870s and was involved in the Henley and Hindmarsh Tramway Company too. He was Chairman of the Mitcham District Council. He also stood for the Legislative Council of SA in the 1880s. He sold Ballangeich and moved to Malvern in Victoria in 1898.