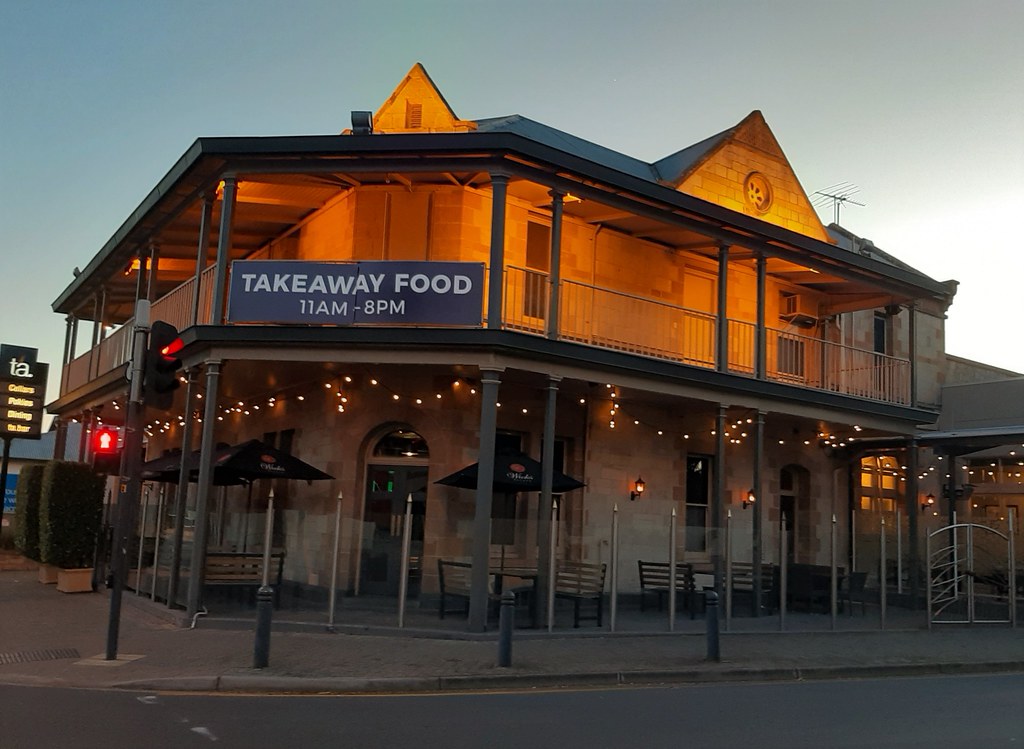 License: Creative Commons - Attribution-No Derivatives
Author: denisbin
Description:
Torrens Arms Hotel 1857. George Prince settled at Mitcham Village in 1840. His land included about 20 acres along what is now Belair Road towards the city. Along the southern edge the roadway to Mitcham Village was named Princes Road. Prince built a grand house called Kallawar on the corner of Albert Street and Muggs Hill Road which is now the Junior School of Scotch College. The grand gates are still there on Albert Street. One of George Prince's sons John built the Torrens Arms Hotel on a corner of their land in 1857. It has been modernised over the years but is still basically as it was erected with fine stone gables and decorative stone work. At one stage the Mitcham Assembly Rooms were attached to the rear of the hotel. Today it is the TA dining room. When the first horse tram route was established to Mitcham in January 1879 it turned the corner at the Torrens Arms to go up to Mitcham Village. The first electric trams used this route from 1911. The Mitcham railway station was established near the Torrens Arms Hotel in 1883 when the train service began. But the railway line had physically reached Mitcham in 1879. Mitcham is far from the River Torrens so presumably the hotel was named after a local Mitcham resident Mr Torrens who established our lands title system. The Torrens residence was later owned by the Barr Smith family and greatly extended. It is now the main campus of Scotch College.