Fishery Beach near Cape Jervis on the Fleurieu Peninsula. This beach was used as a whaling station from the 1840s to the 1850s. 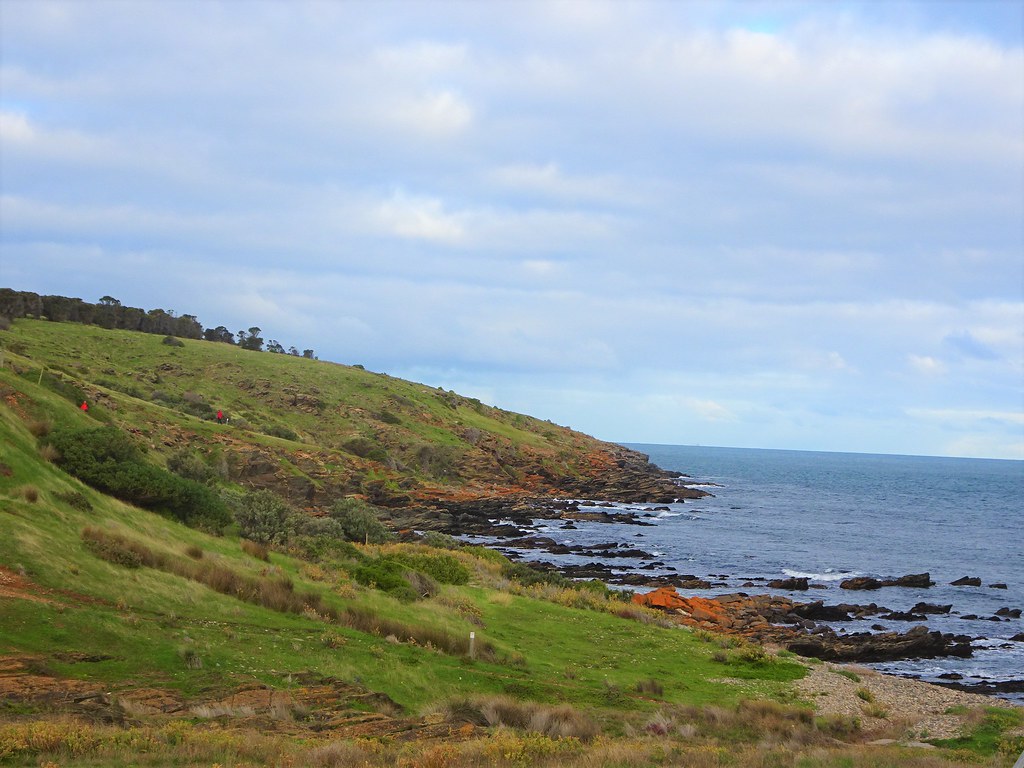 License: Creative Commons - Attribution-No Derivatives
Author: denisbin
Description:
Fishery Beach Whaling Station. Fishery Beach is the site of the former Cape Jervis Whale Fishery, which is now a State Heritage Site and place of archaeological significance. Interpretive signage can be found at the location, as well as a revegetation project that attracts Glossy Black cockatoos. John Haynes’ whaling station operated here from 1843 to 1851 when only one whale was caught. No ruins remain today but there is an historical information board. In 1862 Fishery Beach became a shipping port for the export of silver and lead ores from the nearby Talisker Mine. There are a number of important whaling stations sites in SA as whaling began on Kangaroo Island mainly by Americans long from 1803 long before the white settlement of SA was planned. Significantly the SA Company established another whaling station on Fleurieu Peninsula but at Encounter Bay in 1838 headed by Captain Hart. 200 tons of whale oil became the first exports from the colony of South Australia in 1838. John Hart took over the SA Company whaling station in 1841 and ran it for himself until 1855. Whaling died out in SA around 1860 as petroleum products came on to the market and obviated the need for whale oil for lighting. Also near to Fishery Beach is the 4,000 hectare Deep Creek Conservation Park which was declared in 1956. The well-watered area near the Park and Parawa, with low evaporation levels and reliable rainfall, would make an excellent water reservoir if SA were ever to build another one.