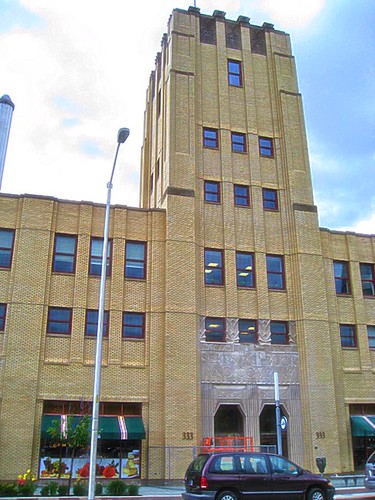 License: Creative Commons - Attribution-Share Alike
Author: Onasill ~ Bill
Description:
Sears, Roebuck and Company, 333 North Alabama Street, in 1929. Indiana Historical Society Sears, Roebuck and Co. opened its first location in Indianapolis on July 25, 1929, just three months ahead of the stock market crash and the onset of the Great Depression. The timing was not ideal, but store manager M.C. Penticoff was confident his new store would do well. “Indianapolis has the potential to take its place among the commercial centers in the Midwest.” The exact place, as far as Penticoff was concerned, would be the southeast corner of Vermont and Alabama Streets – 333 North Alabama. The newly constructed art deco building quickly followed along the merchandising strategies found at Sears stores nationwide. They peddled everything from knickers and yarn to hardware and appliances. Shoppers could go to Sears for any item needed in a home, including the kits for building the house in which to put them.