Mitcham. Brownhill Creek. A bluestone retaining wall and remains of the crushing plant at Mundy's quarry. It crushed bluestone into gravel for roads and buildings. 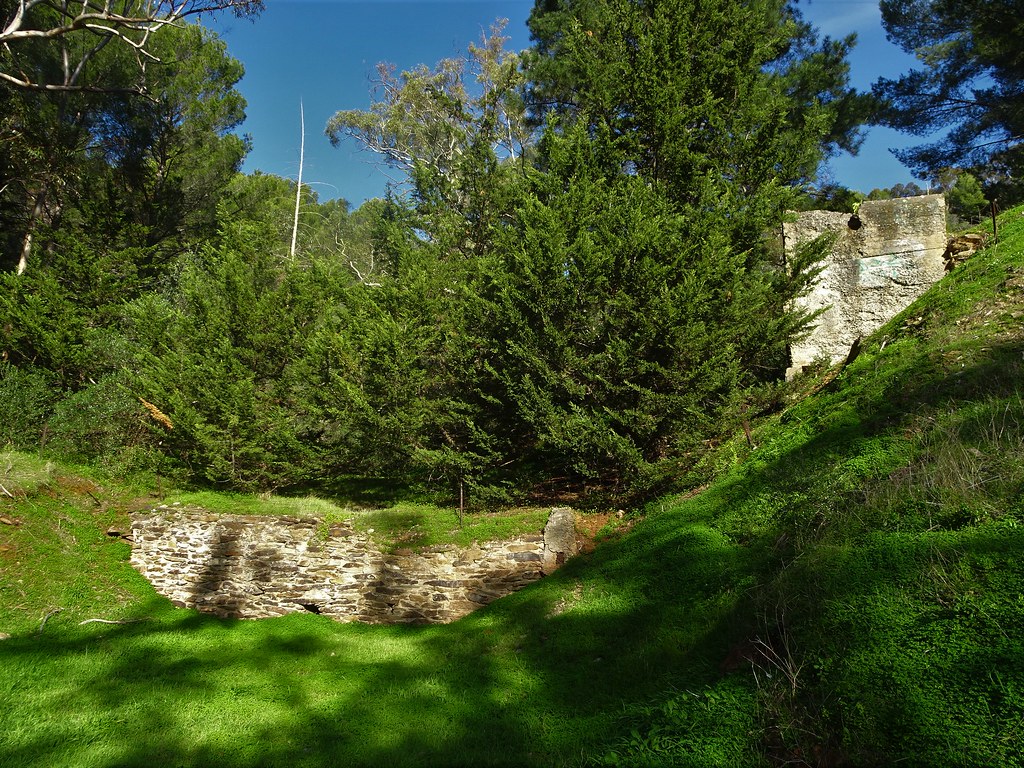 License: Creative Commons - Attribution-No Derivatives
Author: denisbin
Description:
Mitcham. Brownhill Creek. Roger’s Quarry and Mundy’s Quarry. This quarry was first worked in 1860. By 1879 this was the biggest of three sandstone quarries near each other along Brownhill Creek. This was Roger’s Quarry and was worked until 1900 when the lease expired. The quarry was worked for several hundred feet across and forty feet deep. Many of the old buildings of Mitcham including St Michael's Anglican Church and the Mitcham Institute were built with stone from this quarry. Although half-filled in the quarry face is steep and colourful. Nearby are the remains of the crushing plant of another sandstone quarry along Brownhill Creek. Mundy’s quarry obtained bluestone which was crushed for gravel used for road building and house construction. The site is marked by a random bluestone rubble retaining wall near the remains of a concrete crushing plant. Mundy’s quarry operated from the mid-19th to the end of the 19th century.