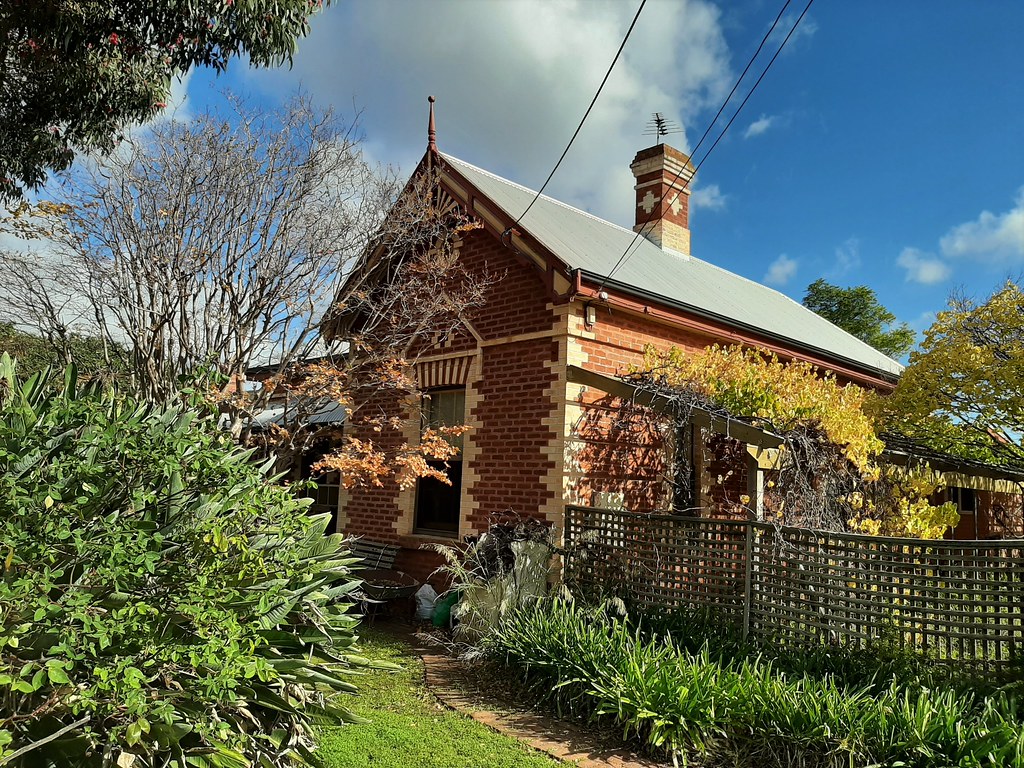 License: Creative Commons - Attribution-No Derivatives
Author: denisbin
Description:
Introduction to the history of Mitcham. Colonel William Light had the task of surveying the city, which he did in March 1837 and then the Adelaide Plains. The land at Mitcham was surveyed and put up for sale as small farmlets in 1838. It was an ideal spot, slightly above the plains, good deep soils washed down from the hills, and an almost permanent stream running through the district- Brownhill Creek. Like many areas surveyed early, David McLaren, the first manager of the SA Company bought up much of the land for the SA Company. In late 1839 he subdivided some of this land to create the village of Mitcham, so named after the township in southern England. Some of the original purchasers of Mitcham village land, near the village green were Harrison, Hogg, McLaren (for himself), Mugg (first school teacher) Playford, Thornber, Traegar and others. In the early 1840s Mitcham was the biggest and most important village outside of Adelaide along with Port Adelaide. Consequently a road was surveyed and constructed to the village. It began on South Terrace and followed, as far as the current Arkaba corner, the Great Eastern Road (now Glen Osmond Road) which went up into the hills. Then Mitcham road headed south to the village and beyond to Coromandel Valley. These days Mitcham Road is known as Fullarton Road. It was the late 1850s before a road was constructed across the winter flooded south parklands to link the city, Unley and the village of Mitcham along what is now Unley Road. As a further indication of the importance of Mitcham it was granted the first district council status in the state in 1853 after a public meeting at the village called for its formation. Other district councils soon followed after, but Mitcham was the first. Its boundaries stretched from South Terrace along the Bay Road (now Anzac Highway), and then south along Sturt Creek up into the Mitcham Hills. In the east it stretched from the Great Eastern Road, up into the Adelaide Hills covering what is now Crafers. Little wonder that it attracted wealthy settlers, local farmers, and city businessmen. Eventually Mitcham lost the Unley area (1871) and the Marion area. The village grew quite quickly with an early Anglican Church, St Michaels (1848), and a Union chapel on the creek used by several denominations and an early Baptist Church (1860). This is the church Prime Minister Julia Gillard attended as a child. The Baptists were led in the Mitcham village by Reverend Playford and services began in 1844, but the church was not finished until 1860. The Union Chapel was eventually used as the village school by head teacher Thomas Mugg from 1848 until 1871when it was moved to the Mitcham Institute. Six years later the school moved to the new the government school when it opened on what is now Belair Road. Minor mines were established along Brownhill Creek in the 1850s but with no great success. Water for the village came from the Creek, and vegetables for the village and the city of Adelaide were grown on the flat areas along the valley. The valley even had its own school for many years. Beyond the village proper settlement grew up around the Torrens Arms Hotel on Belair Road, and some of the wealthy pastoralists established mansions on what was to become Springfield, Urrbrae and Glen Osmond. The horse tramway reached Mitcham in 1879 and it was not electrified until the Metropolitan Tramways Trust took over all tram lines in 1909. In the meantime the railway station at Mitcham opened in 1883 provided a service to the city in 12 minutes, the same as it is today.