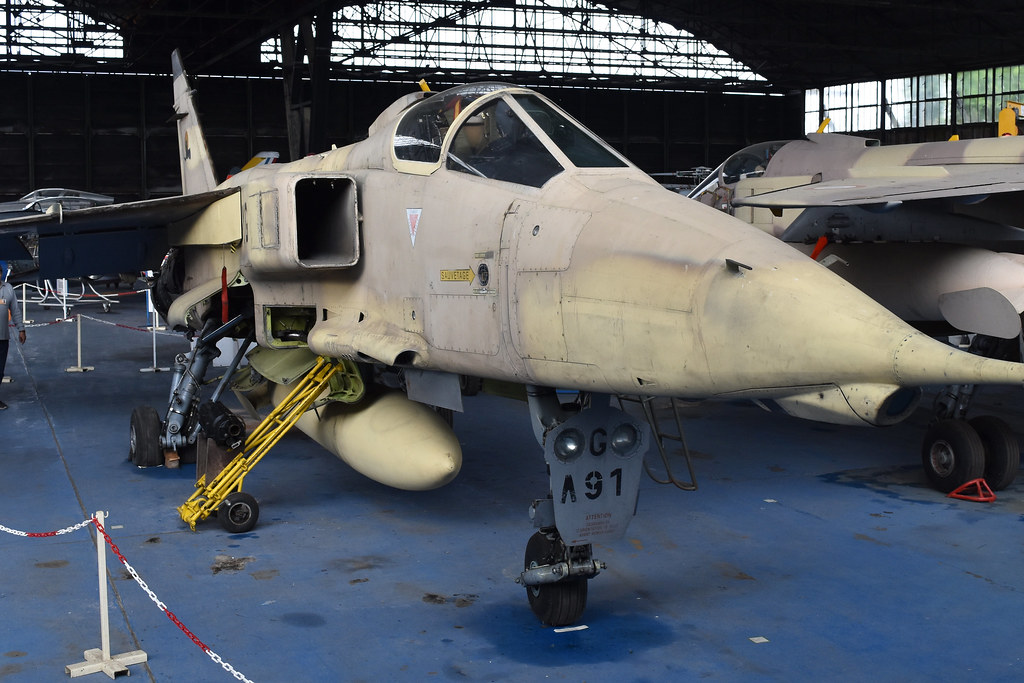 License: Creative Commons - Attribution-Share Alike
Author: Alan Wilson
Description:
c/n A91 This Jaguar was hit by an Iraqi SA.7 missile during the initial French mission of the First Gulf War in January 1991. It landed safely but was technically written off. Returned to France, it is now preserved unrepaired as part of the CANOPEE museum (Conservatoire d'Aeronefs non Operationnels Preserves et Exposes) but seen stored dismantled. The museum is within an active base and prior arrangement is required to visit. Base aérienne 279, Châteaudun, Eure-et-Loir, France 10th June 2019 The following detail on the incident is from the aviation-safety.net website:- “As part of "Operation Daguet", the L'Armee De L'Air deployed 35 Jaguar A aircraft, mostly drawn from EC. 11, in support of Allied operations against the Iraqi occupation of Kuwait. The first French mission took place on 17th January 1991, when 12 aircraft launched for a daylight attack on the "Scud" missile facility at the Ahmed Al Jaber airbase in Kuwait. The Jaguars laid down a number of Belouga grenade canisters from a height of only 100ft, and also launched some AS.30L missiles. Four aircraft took AAA damage, including one (A91) that was hit by an SA.7 missile. The pilot managed to put it down at the US base at Jubail, with the rear of the aircraft badly damaged. The damaged Jaguar was later crated up and returned to France.”