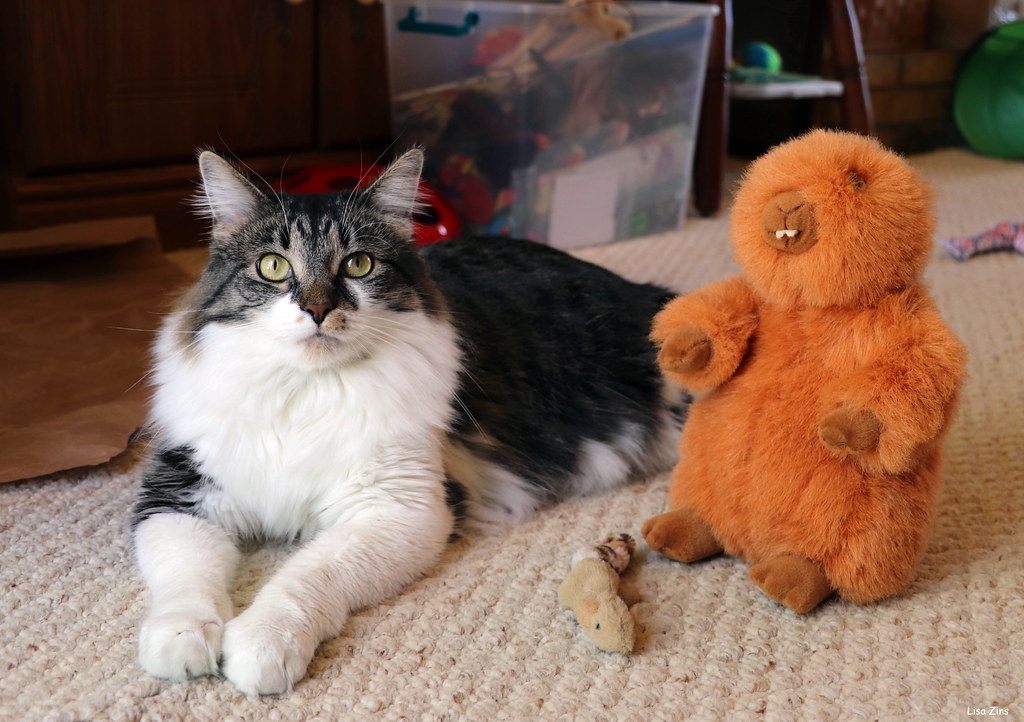 License: Creative Commons - Attribution
Author: Lisa Zins
Description:
February 2nd is Groundhog Day here in the United States (and Canada). It is said that if the groundhog sees his shadow on this day there will be six more weeks of Winter and if he does not see his shadow we will have an early Spring. Elijah is posing next to our very own Mt. Juliet groundhog named "Murray". I think I subconsciously named him "Murray" after Bill Murray who starred in the movie "Groundhog Day". I've always liked groundhogs... and several years ago a family friend sent me my very own. Doesn't everyone have a stuffed groundhog??! :)) BTW - Punxsutawney Phil (the most well known groundhog from Punxsutawney Pennsylvania) predicted an early Spring for this year. :) Here is a link to Wikipedia explaining Groundhog Day: en.wikipedia.org/wiki/Groundhog_Day