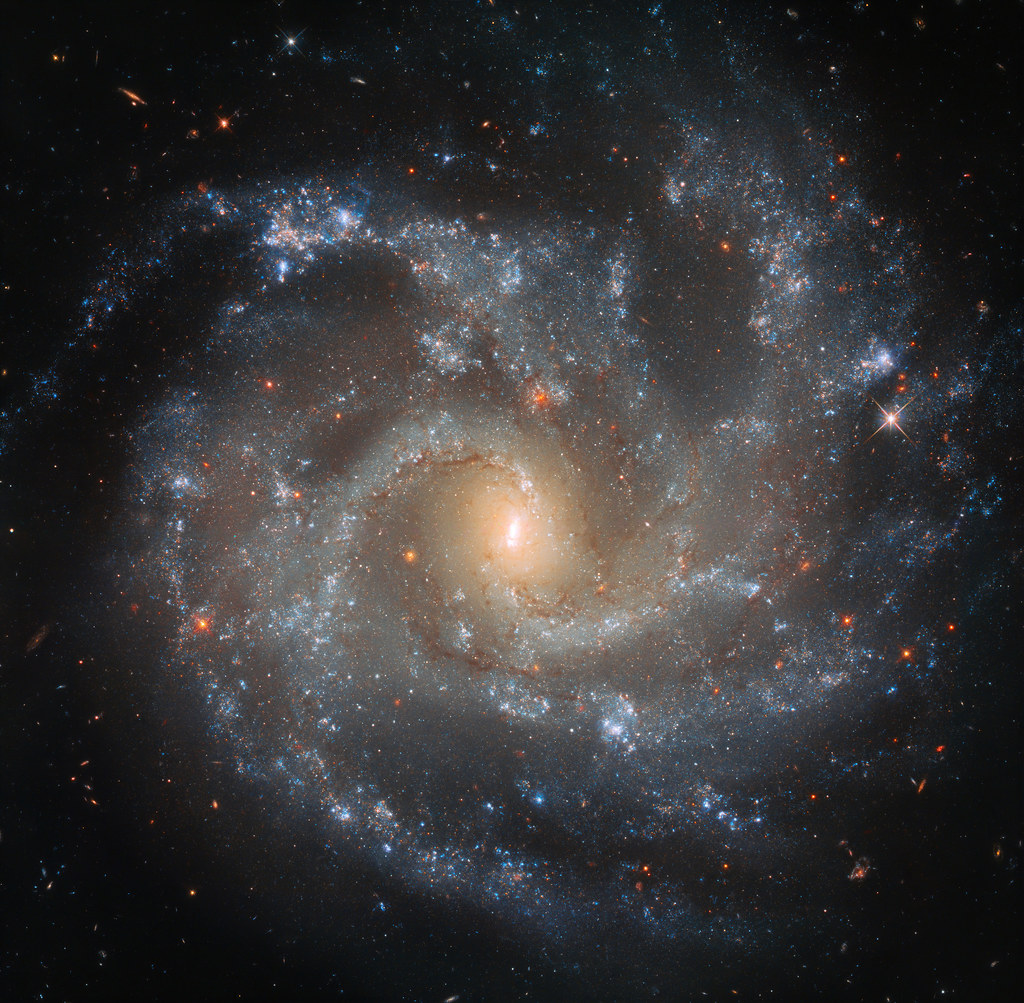 License: Creative Commons - Attribution
Author: NASA Goddard Space Flight Center
Description:
Some of the most dramatic events in the universe occur when certain stars die — and explode catastrophically in the process. Such explosions, known as supernovae, mainly occur in a couple of ways. In one scenario, a massive star depletes its fuel at the end of its life, becoming dynamically unstable and unable to support its bulk, causing it to collapse inward and violently explode. In another outcome, a white dwarf (the dense remnant of a once-normal star) in an orbiting stellar couple siphons more mass off its companion than it is able to support, igniting runaway nuclear fusion in its core and beginning the supernova process. Both types result in an intensely bright object in the sky that can rival the light of a whole galaxy. In the last 20 years the galaxy NGC 5468, visible in this image, has hosted a number of observed supernovae of both the aforementioned types: SN 1999cp, SN 2002cr, SN2002ed, SN2005P and SN2018dfg. Despite being just over 130 million light-years away, the orientation of the galaxy with respect to us makes it easier to spot these new “stars” as they appear; we see NGC 5468 face on, meaning we can see the galaxy’s loose, open spiral pattern in beautiful detail in images such as this one from the NASA/ESA Hubble Space Telescope. Image credit: ESA/Hubble & NASA, W. Li et al. NASA image use policy. NASA Goddard Space Flight Center enables NASA’s mission through four scientific endeavors: Earth Science, Heliophysics, Solar System Exploration, and Astrophysics. Goddard plays a leading role in NASA’s accomplishments by contributing compelling scientific knowledge to advance the Agency’s mission. Follow us on Twitter Like us on Facebook Find us on Instagram