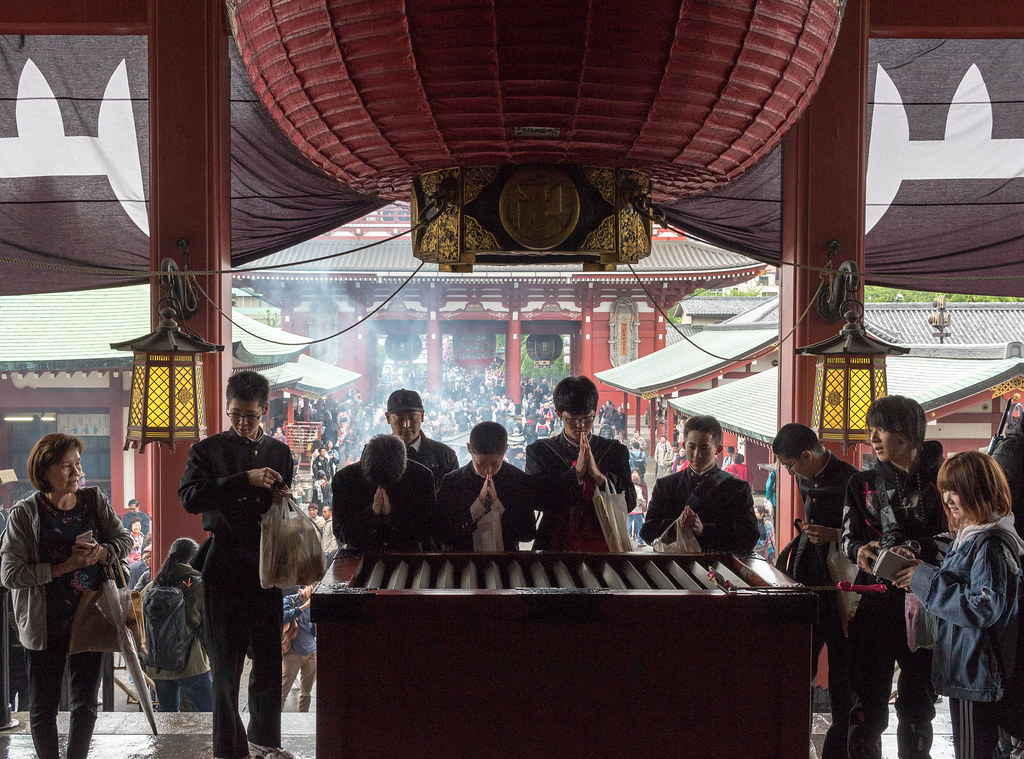 License: Creative Commons - Attribution
Author: Ray in Manila
Description:
Sensō-ji (金龍山浅草寺 Kinryū-zan Sensō-ji) is an ancient Buddhist temple located in Asakusa, Tokyo, Japan. It is Tokyo's oldest temple, and one of its most significant. Formerly associated with the Tendai sect of Buddhism, it became independent after World War II. Adjacent to the temple is a five-story pagoda, the Asakusa Shinto shrine, as well as many shops with traditional goods in the Nakamise-dōri. The Sensoji Kannon temple is dedicated to Kannon Bosatsu, the Bodhisattva of compassion, and is the most widely visited spiritual site in the world with over 30 million visitors annually. The first temple was founded in 645 AD, which makes it the oldest temple in Tokyo. In the early years of the Tokugawa shogunate, Tokugawa Ieyasu designated Sensō-ji as tutelary temple of the Tokugawa clan. The Nishinomiya Inari shrine is located within the precincts of Sensō-ji and a torii identifies the entry into the hallowed ground of the shrine. A bronze plaque on the gateway structure lists those who contributed to the construction of the torii, which was erected in 1727 (Kyōhō 12, 11th month). During World War II, the temple was bombed and destroyed during the 10 March air raid on Tokyo. It was rebuilt later and is a symbol of rebirth and peace to the Japanese people. In the courtyard there is a tree that was hit by a bomb in the air raids, and it had regrown in the husk of the old tree and is a similar symbol to the temple itself. en.wikipedia.org/wiki/Sensō-ji