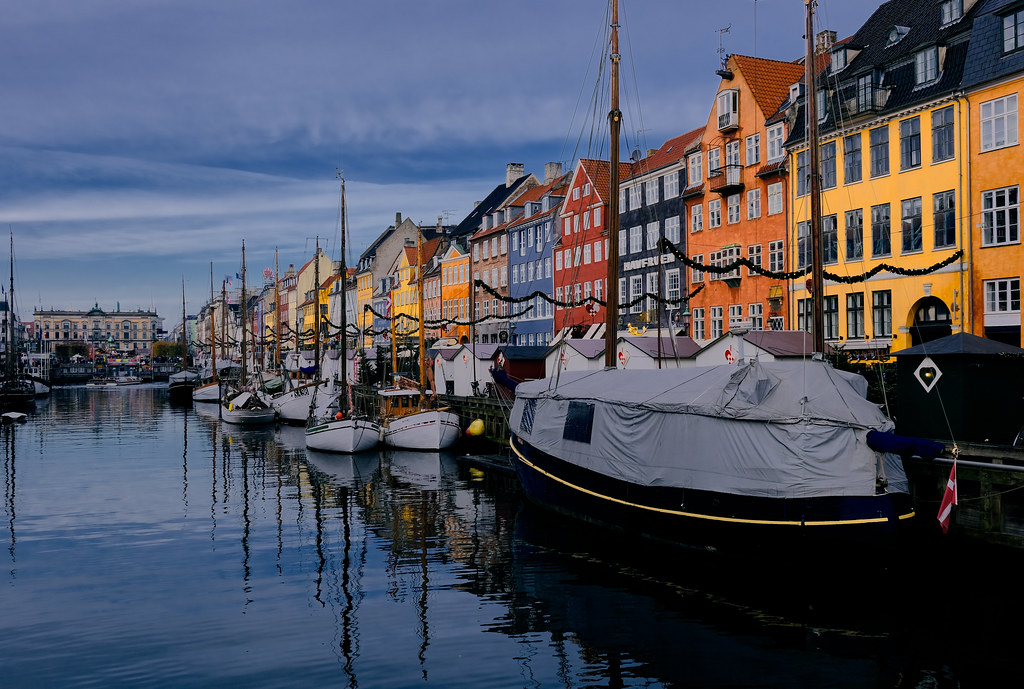 Author: joanne clifford
Description:
Nyhavn, Copenhagen Peter and I have just returned home from a week in Copenhagen, Denmark. The trip was a blend of business and pleasure. Happily, and as it was Copenhagen, the trip skewed more to the ‘pleasure’ side of the equation. As is our habit, we spent several hours on our feet, walking and exploring the city, taking breaks regularly for food and beverages. The Christmas Markets were plentiful, as were the Christmas crowds in the markets. This image was taken in Nyhavn, one of my favourite areas of Copenhagen, the bright colours, the cheery restaurants and market stalls, render Nyhavn lively at anytime of the day or evening. — Nyhavn (which translates to “the new harbor”) is one of the most photographed attractions in Copenhagen and it is no wonder: the colorful houses, now mostly housing cafes and restaurants, is what gives Copenhagen its fairytale vibe. Nyhavn was constructed by King Christian V between 1670 and 1673 and was dug by Swedish prisoners. The new harbor may have provided a lot of growth to the square and the city, but the colorful houses at that time served as beer houses, inns and brothels for all the sailors that had to spend the night there after a long journey; it was considered a shady area, and the red light district of the city. The oldest building, no.9, in Nyhavn dates to 1681. At one end of the harbor is KongensNytorv (the king’s new square) and the memorial anchor, which commemorates the 1700 officers and sailors of the Danish navy, who lost their lives during World War II. On the other endis the Royal Playhouse and the newly built bridge (the kissing bridge) that connects Nyhavn with the Christianshavn area. The most famous person to live in Nyhavn was Hans Christian Andersen. Over 18 years,he lived in three different houses along the Nyhavn canal, no.18, no.20 and no.67. He wrote his earliest fairytales, including The Tinderbox and The Princess and the Pea, while he was living in no.20, the red mansion on the “shady side” of Nyhavn. Today Nyhavn is one of the liveliest places in central Copenhagen and very popular among locals and tourists alike on a bright sunny day. It is a must-see for anyone visiting Copenhagen! It is simply a wonderful combination between an old historical part of town and todays modern-day trends in the city - open pedestrian areas and hygge by the clean harbour water enjoying a drink! Source: Nyhavn - The ‘New Harbor’ of Copenhagen. Available at: www.novafairytales.com/nyhavn.html