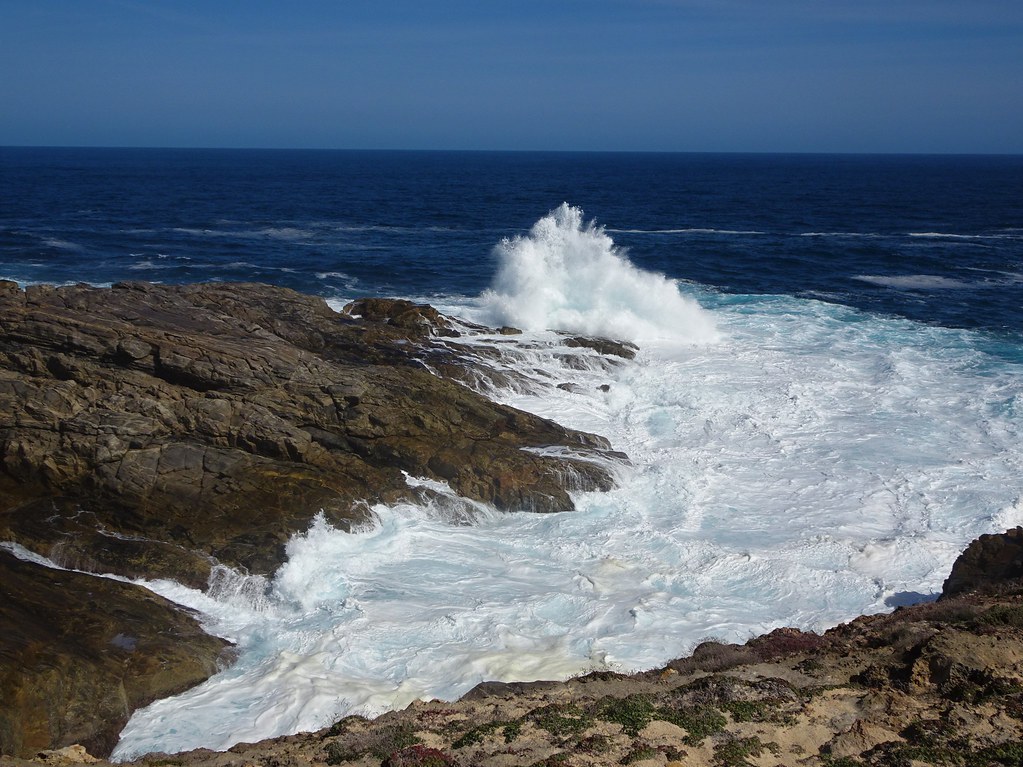 License: Creative Commons - Attribution-No Derivatives
Author: denisbin
Description:
Whalers Way and Mikkira Station. This is a spectacular coastal drive with sandy beaches, emerald seas, cliff tops, blow holes and wave cut platforms. The South Australian Company operated a whaling station here from 1837 to 1841 hence the name. Next to Whalers Way which is privately owned property is Lincoln National Park which we do not visit. As with Whalers Way Matthew Flinders charted this coast in 1802. Around the tip of Seaford Bay he hit Cape Catastrophe which he so named. The dangerous water here claimed the lives of two officers and six crew on 21 February 1802 when they were examining the coast in a small boat. Flinders was shaken by this loss of life and he named the cove nearby Memory Cove and six of the islands near here were named after the officers and crew – Thistle Island, Taylor Island, Grindall Island, Williams Island, Lewis Island, Hopkins Island, Little Island and Smith Island. Flinders went on to name Cape Donington after his birthplace village and Port Lincoln after his home country and Boston Island after the town nearest his birthplace. Nearby is Mikkira sheep station settled in 1842 by the Borthwick family.