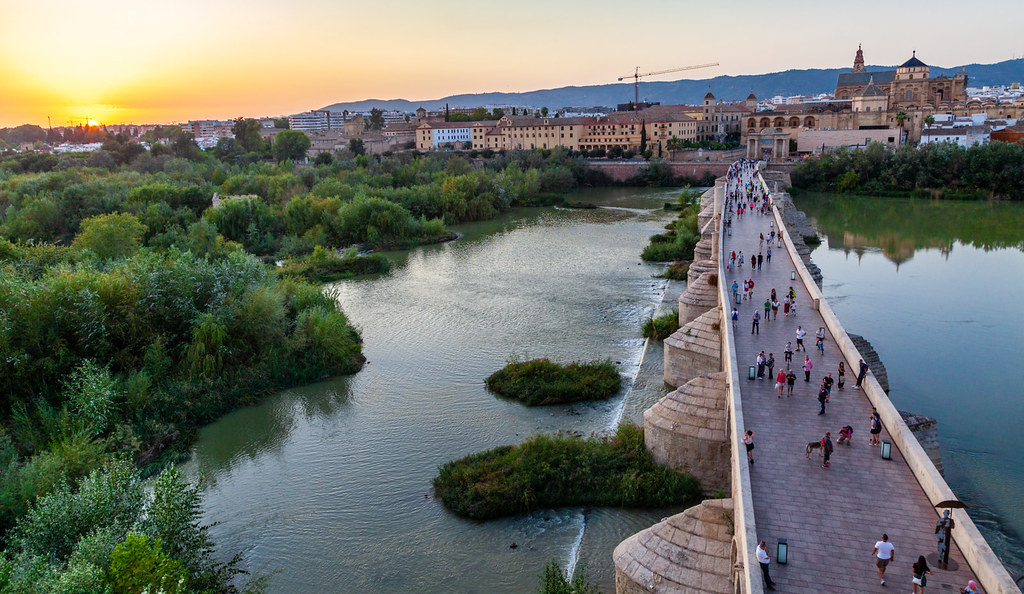 License: Creative Commons - Attribution
Author: Paul VanDerWerf
Description:
Press L or click on photo for large view. This photo was taken from a medieval tower that was constructed to defend this end of the bridge from invaders. The Puente Romano was constructed by the Romans in the 1st or 2nd century and I believe the support piers remain from that time. The bridge leads to the mosque-cathedral or Mezquita. The mosque construction dates from the 8th century and various Moor rulers added on sections. Following the Reconquista of Ferinand III in 1236, the mosque was used as a church. In 1523 Carlos V ordered that a cathedral be constructed on the site and that resulted in destruction of part of the mosque. The cathedral is visible sticking out above the mountains. The mosque is identified by the five arches that mark a corner ant that wall extends off the photo.The tower replaced a minaret that had been badly damaged in a storm at the time the cathedral was being constructed. The view from the top is well worth the climb up to the top.