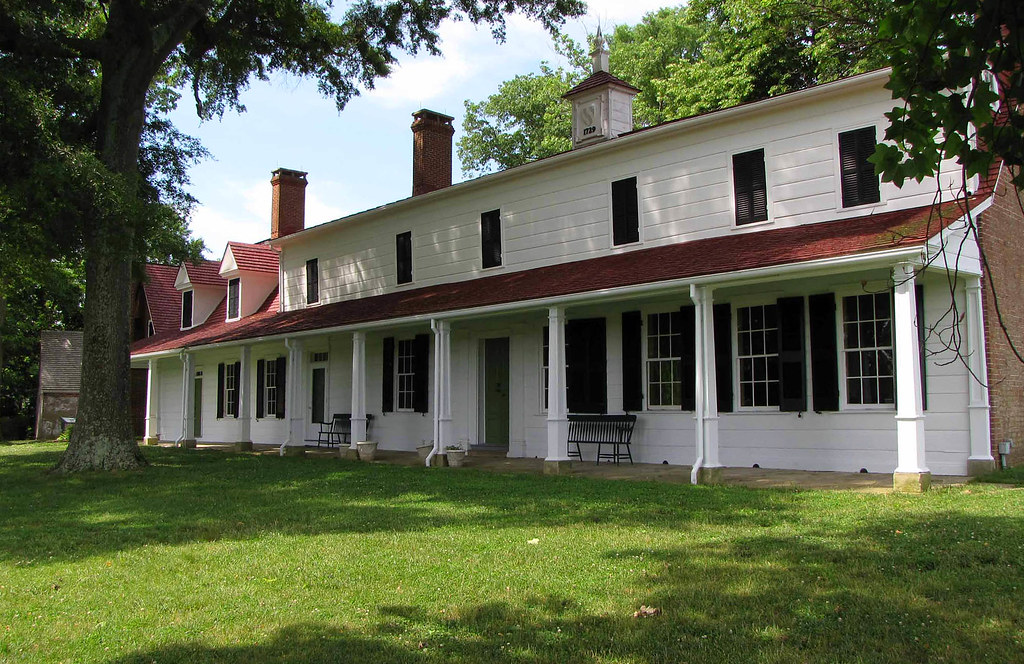 License: Creative Commons - Attribution
Author: scott1346
Description:
Sotterley Plantation is a historic landmark plantation house located at 44300 Sotterley Lane in Hollywood, St. Mary's County, Maryland, USA. It is a long ​1 1⁄2-story, nine-bay frame building, covered with wide, beaded clapboard siding and wood shingle roof, overlooking the Patuxent River. Also on the property are a sawn-log slave quarters of c. 1830, an 18th-century brick warehouse, and an early-19th-century brick meat house. Farm buildings include an early-19th-century corn crib and an array of barns and work buildings from the early 20th century. Opened to the public in 1961, it was once the home of George Plater (1735–1792), the sixth Governor of Maryland, and Herbert L. Satterlee (1863–1947), a New York business lawyer and son-in-law of J.P. Morgan. The house was listed on the National Register of Historic Places in 1972. Sotterley was declared a National Historic Landmark in 2000, its national significance due to the extremely rare surviving elements of the main house's oldest phase, a c. 1717 post in ground structure, and the other elements of its later historical architecture and landscape. (Wikipedia)