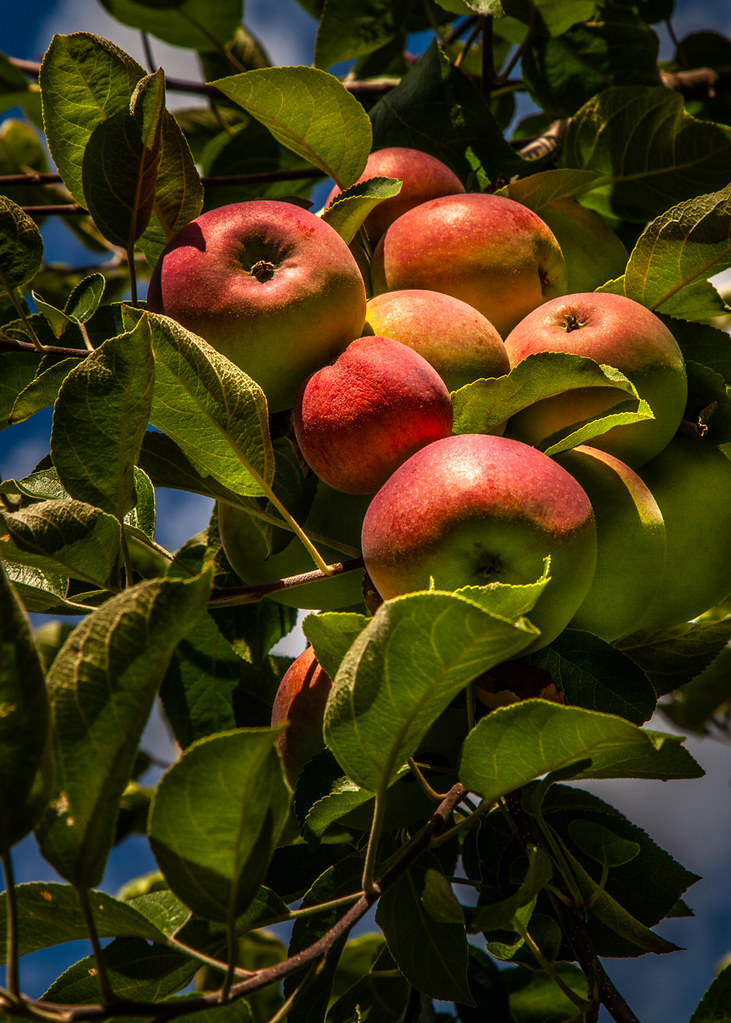 License: Creative Commons - Attribution
Author: Paul VanDerWerf
Description:
The namesakes of a computer and a harbinger of Autumn. Taken at Hansel's Orchard in North Yarmouth, Maine. The national apple of Canada something I just learned from Wikipedia. The McIntosh, McIntosh Red, or colloquially the Mac, is an apple cultivar, the national apple of Canada. The fruit has red and green skin, a tart flavour, and tender white flesh, which ripens in late September. In the 20th century it was the most popular cultivar in Eastern Canada and New England, and is considered an all-purpose apple, suitable both for cooking and eating raw. Apple Inc. employee Jef Raskin named the Macintosh line of personal computers after the fruit. [Wikipedia]