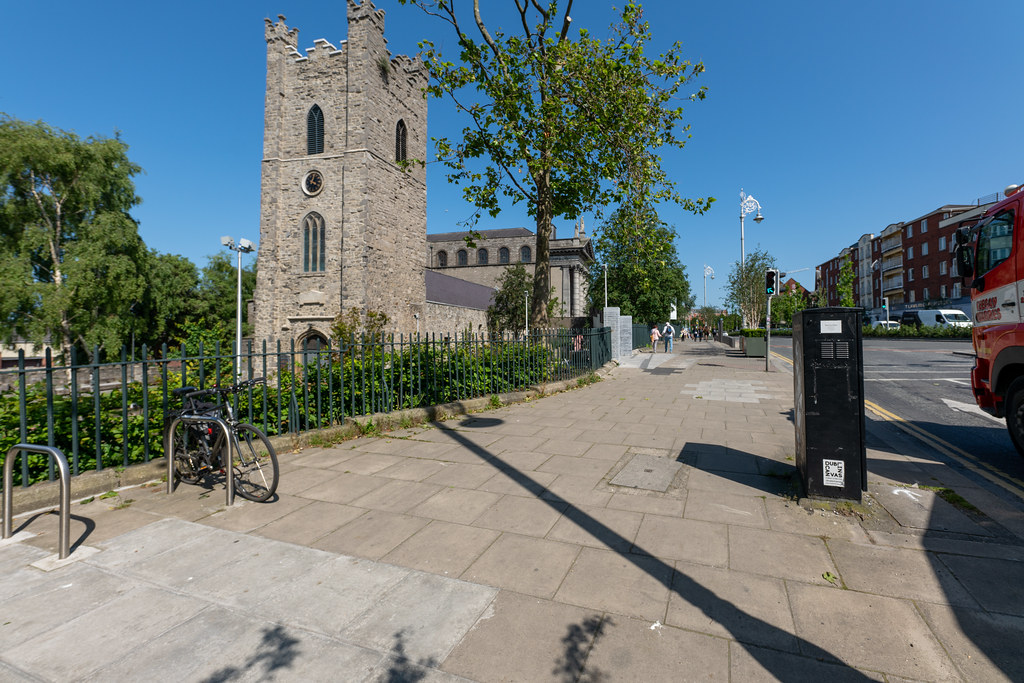 License: Creative Commons - Attribution-Share Alike
Author: William Murphy
Description:
Today I visited this park with a friend who has a negative view of life and everything associated with life and he totally disliked this park complaining that it was fake and not a true representation of the real Dublin. I totally disagree with him but I was a bit surprised by his claim that the park was created as recently as the 1980s and that it was always a magnet for anti-social activity. It turns out that my friend is correct about it being a new park but in my opinion that is not important as the area features some of the city’s oldest surviving structures including the most substantial section of the 12th century city walls and the atmospheric St Audoen’s Gate, and the medieval parish church of St Audoen – Dublin’s oldest church in continuous use. Unfortunately he is, in general, correct about anti-social activity because many parks in the city had been closed to the public for extended periods because the City Council was unwilling to deal with the problems as they arose. However, to be fair to them, they do appear to have adopted a different approach recently - a few years ago they re-opened the Croppies' Acre and that project has been a success. A few days ago they re-opened the Peace Park on Nicholas Street across the road from Christ Church Cathedral and in March of this year the remodelled St Audoen’s Park at High Street was officially unveiled by Lord Mayor of Dublin Cllr Nial Ring at a ceremony on 14th March. A number of recently uncovered archaeological features have been incorporated into the paths through the park including stone setts of a former laneway that ran through the area called Keysers Lane, medieval cobbles and some Georgian-era paving tiles. The park has also been well planted and now includes a number of interactive sound-based installations for children, as well as a new memorial water feature, recalling the children who lost their lives in the events of Easter 1916. The park is also lit at night.