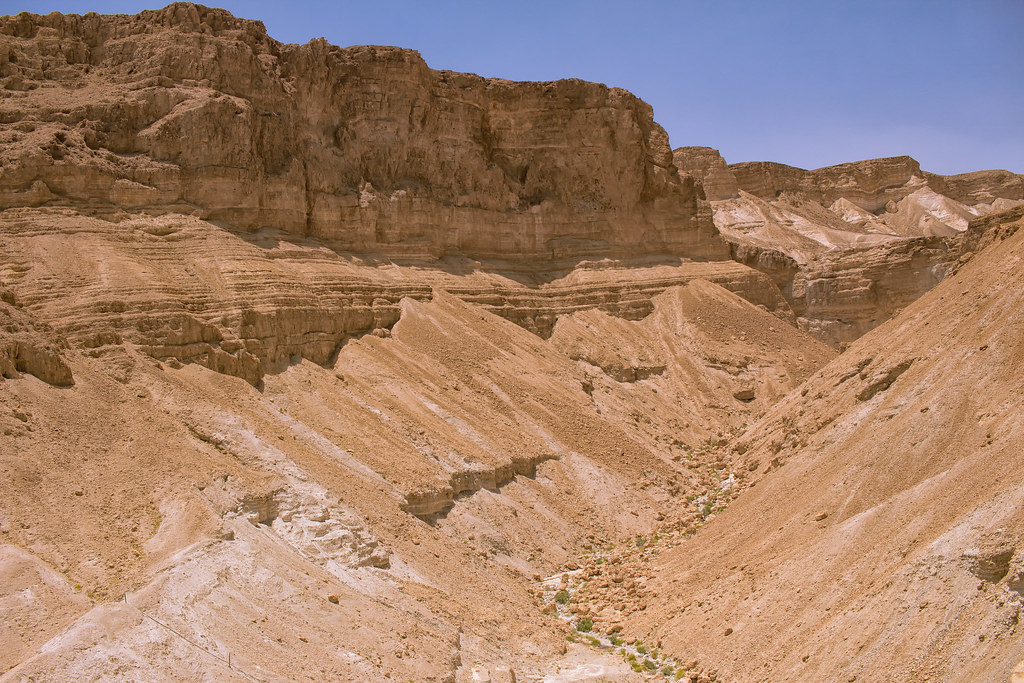 License: Creative Commons - Attribution
Author: Ray in Manila
Description:
Masada is a rugged natural fortress, of majestic beauty, in the Judaean Desert overlooking the Dead Sea. It is a symbol of the ancient kingdom of Israel, its violent destruction and the last stand of Jewish patriots in the face of the Roman army, in 73 A.D. After Judaea became a province of the Roman Empire, it was the refuge of the last survivors of the Jewish revolt, who chose death rather than slavery when the Roman besiegers broke through their defences. As such it has an emblematic value for the Jewish people. It was built as a palace complex, in the classic style of the early Roman Empire, by Herod the Great, King of Judaea, (reigned 37 – 4 B.C.). The camps, fortifications and attack ramp that encircle the monument constitute the most complete Roman siege works surviving to the present day. whc.unesco.org/en/list/1040