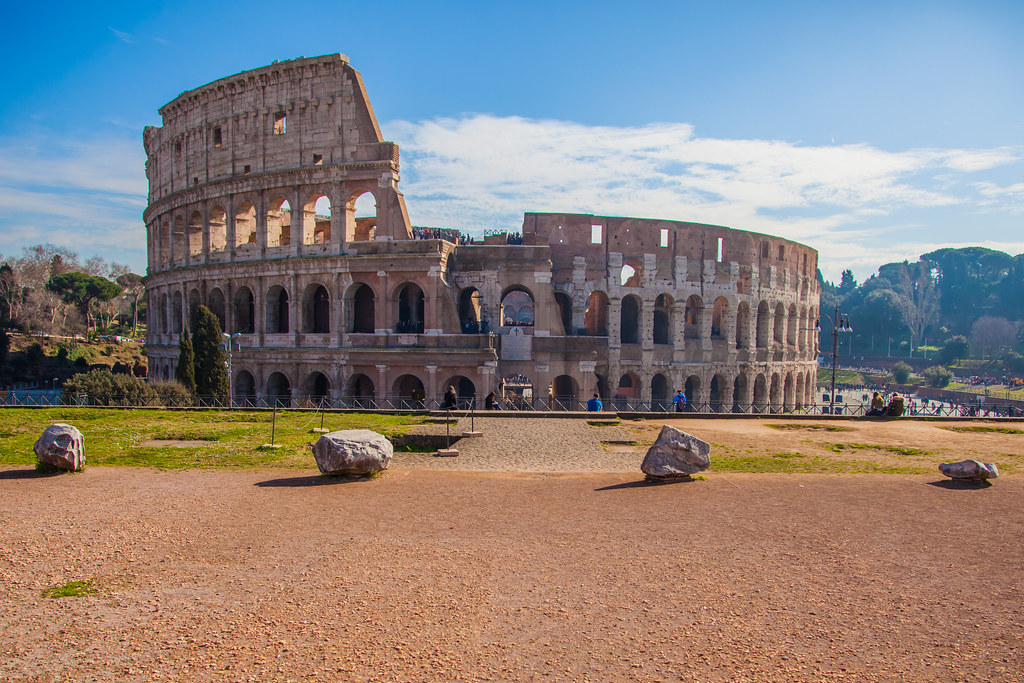 License: Creative Commons - Attribution
Author: Bradley Weber
Description:
Begun under the Emperor Vespasian and finished under his son Titus, this is the largest amphitheater ever built and is probably as popular now as it was in Roman times though gratefully for different reasons. It took an amazing 8 years to build and was finished in AD 80. It was built over the site of a lake that was part of Nero's Golden House. On Nero's death and the eventual rise of Vespasian to the throne the lake was filled in and this public entertainment venue was erected to the great delight of the people. This view is taken from the Temple of Venus and Roma. Quamdiu stat Colisæus, stat et Roma; quando cadet colisæus, cadet et Roma; quando cadet Roma, cadet et mundus ("as long as the Colossus stands, so shall Rome; when the Colossus falls, Rome shall fall; when Rome falls, so falls the world")