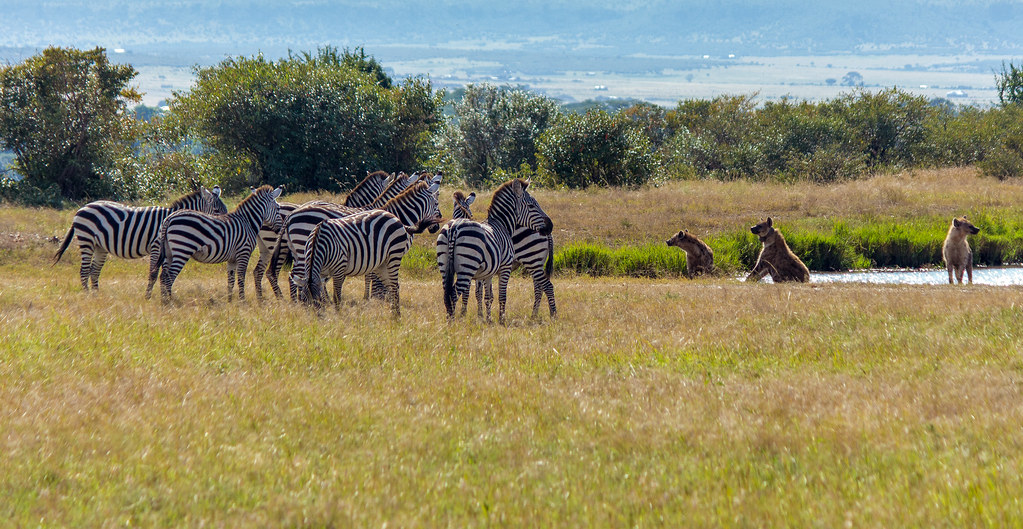 License: Creative Commons - Attribution
Author: Ray in Manila
Description:
Spotted hyenas are famed scavengers and often dine on the leftovers of other predators. But these hardy beasts are also skilled hunters that will take down wildebeest or antelope. They also kill and eat birds, lizards, snakes, and insects. In an increasingly overpopulated Africa, hyenas and humans come into frequent contact. In fact, the Maasai people of Kenya and Tanzania actually leave their dead to be consumed by hyenas. However, these intelligent and bold animals will raid food stores and crops and are blamed for many livestock and even some human deaths. In some areas they have been heavily hunted as destructive pests. Spotted hyenas are the largest of three hyena species. Brown and striped hyenas are the other two. Although hyenas appear similar to dogs, they are actually more closely related to cats. Grant's zebra (Equus quagga boehmi) is the smallest of six subspecies of the plains zebra. This subspecies represents the zebra form of the Serengeti-Mara ecosystem. www.nationalgeographic.com/animals/mammals/s/spotted-hyena/ en.wikipedia.org/wiki/Grant%27s_zebra