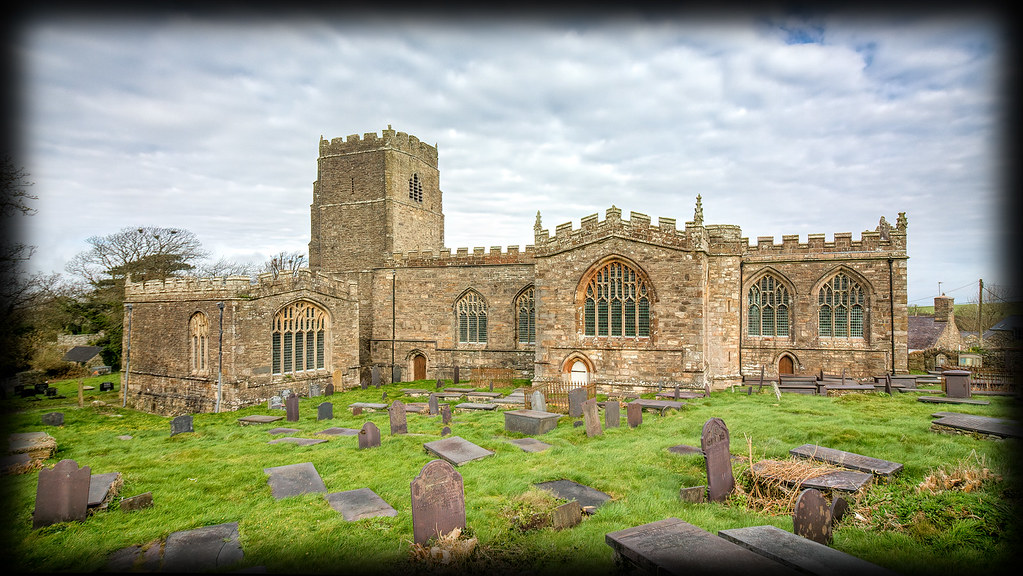 License: Creative Commons - Attribution
Author: Rick Massey
Description:
Clynnog Fawr ~ The parish church, dedicated to Saint Beuno, which is much larger than would be expected in a village of Clynnog's size. The site is said to be that of a Celtic monastery founded by Beuno in the early 7th century. Clynnog means 'the place of the holly-trees'It developed into an important foundation and some Welsh law manuscripts specify that the Abbot of Clynnog was entitled to a seat at the court of the king of Gwynedd. The church is recorded as having been burnt in 978 by the Vikings and later burnt again by the Normans. By the end of the 15th century it was a collegiate church, one of only six in Wales. The church was an important stopping place for pilgrims heading for Bardsey Island and contains Cyff Beuno, an ancient wooden chest hollowed out of a single piece of ash and used to keep alms given by the pilgrims.