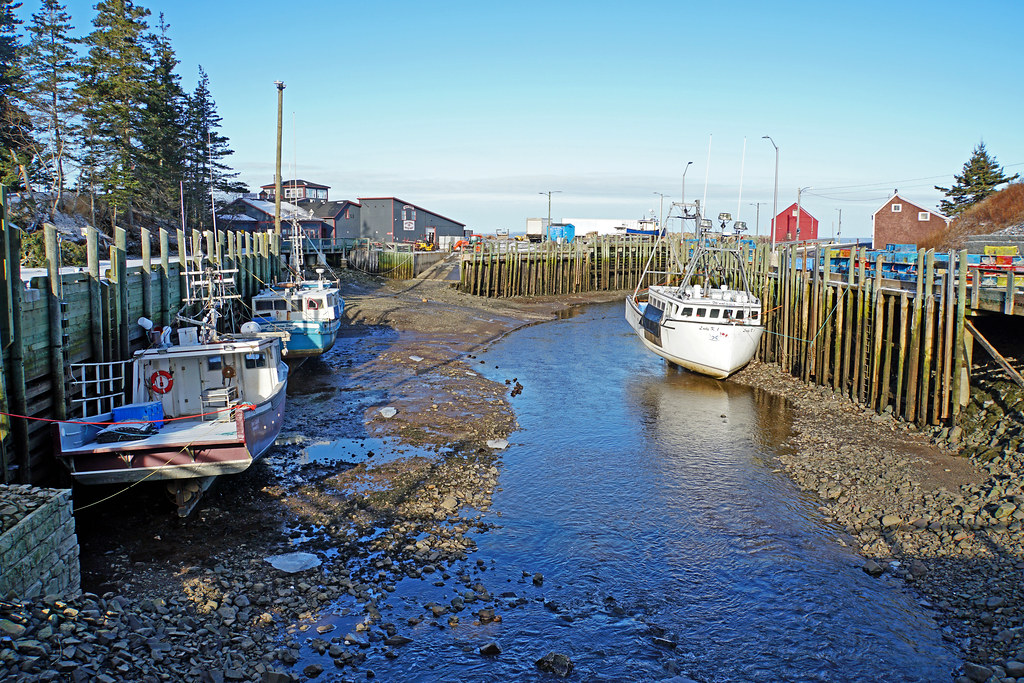 License: Creative Commons - Attribution-Share Alike
Author: Dennis Jarvis
Description:
PLEASE, NO invitations or self promotions, THEY WILL BE DELETED. My photos are FREE to use, just give me credit and it would be nice if you let me know, thanks. One of the best places there is to enjoy a fresh lobster and the reason for my trip to here. Hall's Harbour is a fishing community located along the shore of the Bay of Fundy, in Nova Scotia. The area is beautiful and has been declared a Nova Scotia Tourism Destination Area. The Harbour has a restaurant and lobster pound, artists studios, antiques and artisans galleries. The village is reputedly named after Samuel Hall, an American privateer in the American Revolution. Hall used the cove to raid settlements in the Annapolis Valley but was forced to flee and abandon his ship in the harbour by pursuing militia in 1779. Hall's Harbour was first settled in 1826 with the first wharf built in 1836. In later years, legend held that Hall left treasure behind, attracting treasure hunters who have left abandoned pits deep in the woods surrounding the harbour. A notable early resident was Ransford D. Bucknam (Jun 7, 1869 - May 27, 1915), a local mariner whose 19th century career took him all over the world, including a post as an admiral in the Turkish Navy where he was known as Bucknam Pasha.