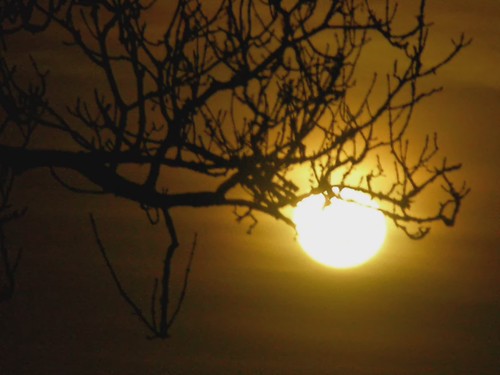 License: Creative Commons - Attribution-Share Alike
Author: Giles Watson
Description:
Heron How round was the moon when Ardea, the great city, fell beneath sword and flame? And when the first heron, belly whitened by the still-warm ashes, shoulder marked with charcoal from burning rafters as they fell, took wing from among the dead and dying in a blast of blooming embers, how round was the moon? If the moon was full, then she rose sleek and strong against the smoke-hazed sky, and the moon hung fat and red upon the horizon as she landed on a willow, by the river, stropping her slender bill in silhouette against the waters. If the moon was new, then she rose like arched and feathered sinew, silvered in the haze of dying fires, and the moon, high on her ecliptic glanced thinly through open pinions, ‘til she landed, took her stand, silent night sentinel. But if the moon was dark, then she rose with an anguished cry, crest bedraggled, yellow eyes gleaming with terror, and the moonless dark called her, winged cadaver, dusty death-shriek, hunger clenched and coiled for striking, and fishes cringed as she flew by. How round was the moon when Ardea, the great city, fell beneath sword and flame? Source material: The legend of the heron arising from the smoking ruins of the city of Ardea is recounted in Ovid’s Metamorphoses, Book Fourteen, lines 573-581. In English folklore, the heron is said to wax and wane with the moon. See Yvonne Aburrow, Auguries and Omens: the Magical Lore of Birds, Capall Bann, Chieveley, 1994, pp. 102-105. Poem by Giles Watson, 2002. Reading recorded 20th April, 2010.