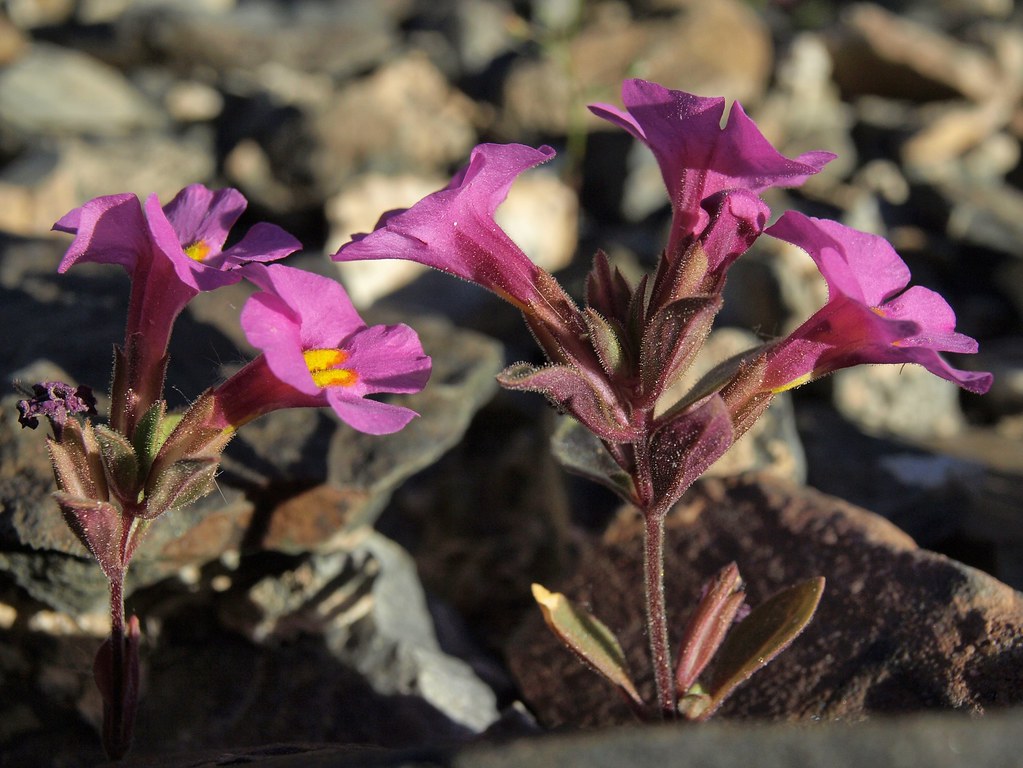 License: Creative Commons - Attribution-Share Alike
Author: Jim Morefield
Description:
Parry monkeyflower, Diplacus parryi, California, White Mountains, Antelope Springs, Deep Springs Valley, elevation 1716 m (5630 ft). This desert annual often forms dense colorful patches in favorable rain years. It can be found in both yellow and pink color forms, but here in the White Mountains only the pink form seems to be present. It is distinguished from related monkeyflower species by having the upper calyx lobe notably larger and longer than the other four lobes, as is easily seen here. Parry monkeyflower is endemic to the northern Mojave Desert and adjacent fringe of the southern Great Basin, where it occurs in scattered locations, usually on open rocky slopes. It reaches its northwestern limit and highest elevations here in the White Mountains, where it is found up to about 2200 meters (7300 feet) in the lower pinyon-juniper zone. The populations in the White and Inyo Mountains are considerably isolated from other populations farther east, and could conceivably prove to be a distinct species with closer study.