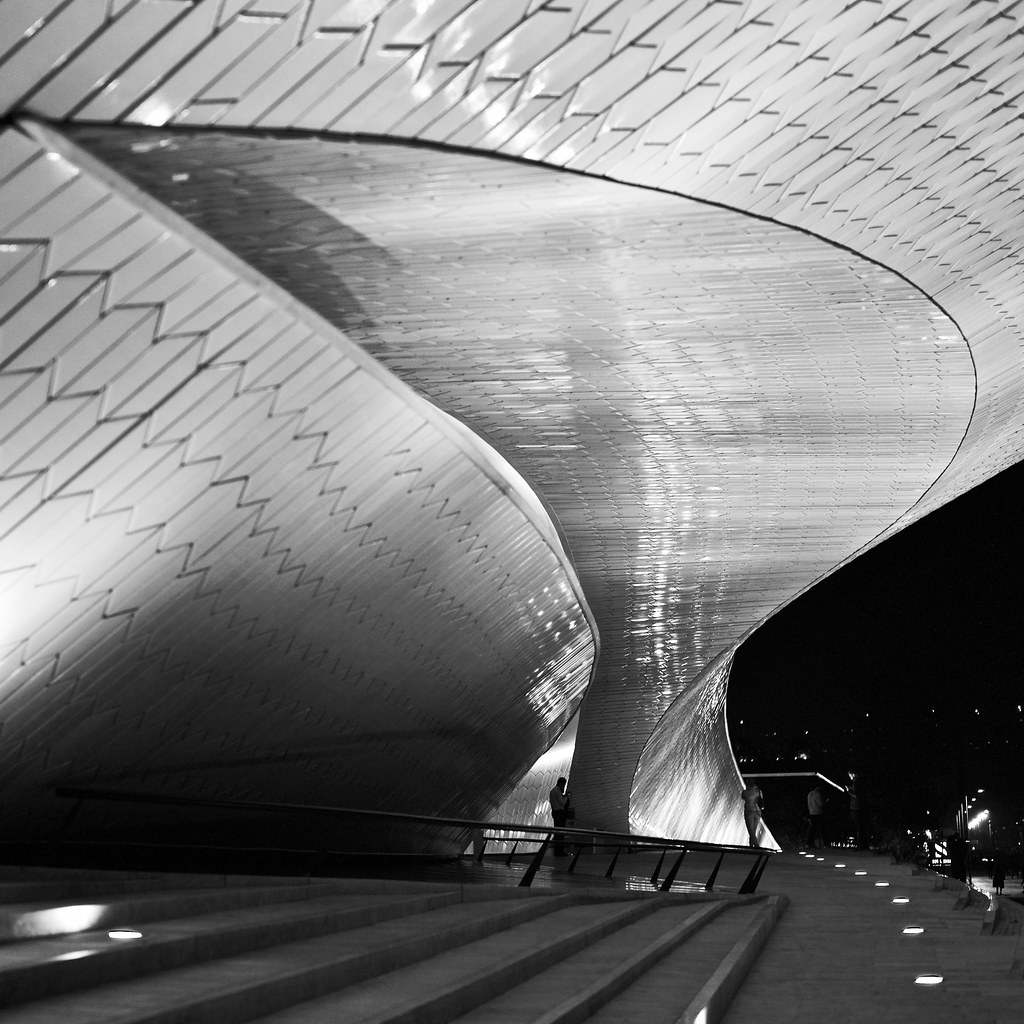 License: Creative Commons - Attribution
Author: Pedro Ribeiro Simões
Description:
Art, Architecture, and Technology Museum, MAAT, Belem, Portugal ABOUT THE MUSEUM The MAAT – Museum of Art, Architecture and Technology is a new cultural proposal for the city of Lisbon. A museum that combines these three fields in a space for debate, discovery, critical thinking and international dialogue. An innovative project that brings together a new building, designed by the architect Amanda Levete, and the Tejo Power Station, an example of Portuguese industrial architecture from the first half of the 20th century, and one of the most visited museums in the country. MAAT reflects the desire to present national and international exhibitions with contributions from contemporary artists, architects and thinkers. Contemplating great themes and current trends, the programming will also present diverse curatorial views on the EDP Foundation’s Art Collection. MAAT programming began on June 30 with the presentation of four exhibitions in renovated rooms at the Tejo Power Station. On October 5, the new building opens to the public with a large-scale work specifically conceived by the French artist Dominique Gonzalez-Foerster for this space. Through MAAT, the EDP Foundation brings new energy to the city of Lisbon’s culture and landscape. The diversity of the programmes and spaces make this an important stop in the city’s cultural map. A venue created for all audiences, of all ages. Source : MAAT ABOUT THE ARCHITECT From Wikipedia, the free encyclopedia Amanda Levete CAREER Levete was born in Bridgend, south Wales. She was a student at St Paul's Girls School, London, and the Hammersmith School of Art before enrolling at the Architectural Association. Afterwards she was a trainee at Alsop & Lyall and an architect at the Richard Rogers Partnership. As co-founder of the firm Powis & Levete, she was nominated for the RIBA's '40 under 40' exhibition in 1985.Levete joined Jan Kaplický at Future Systems as a partner in 1989. Levete is credited with making Future Systems' organic and conceptual designs a reality. Recognised as one of the UK's most innovative practices, Future Systems completed works include the Selfridges department store in Birmingham and the Lord's Media Centre, which won the Royal Institute of British Architects' Stirling Prize in 1999. Levete formed AL_A in 2009, and in 2011 the practice won the international competition to design a new entrance, courtyard and gallery for London's Victoria and Albert Museum. AL_A's projects include the MAAT (Museum of Art, Architecture and Technology) project in Lisbon for the EDP Foundation, the Central Embassy project in Bangkok and the pop-up restaurant Tincan. In 2014 it was announced that AL_A had been chosen to design the second M-Pavilion for the Naomi Milgrom Foundation in Melbourne. IN OCTOBER 2016, AMANDA LEVETE'S €20M LISBON MUSEUM OPENS IT DOORS. NAMED "MUSEUM OF ART, ARCHITECTURE AND TECHNOLOGY (MAAT)" THE STRUCTURE LINES THE RIO TAJO TO THE WEST OF THE CITY CENTRE. Levete is a trustee of the Young Foundation, and served as a trustee of the arts organisation Artangel from 2000 to 2013.