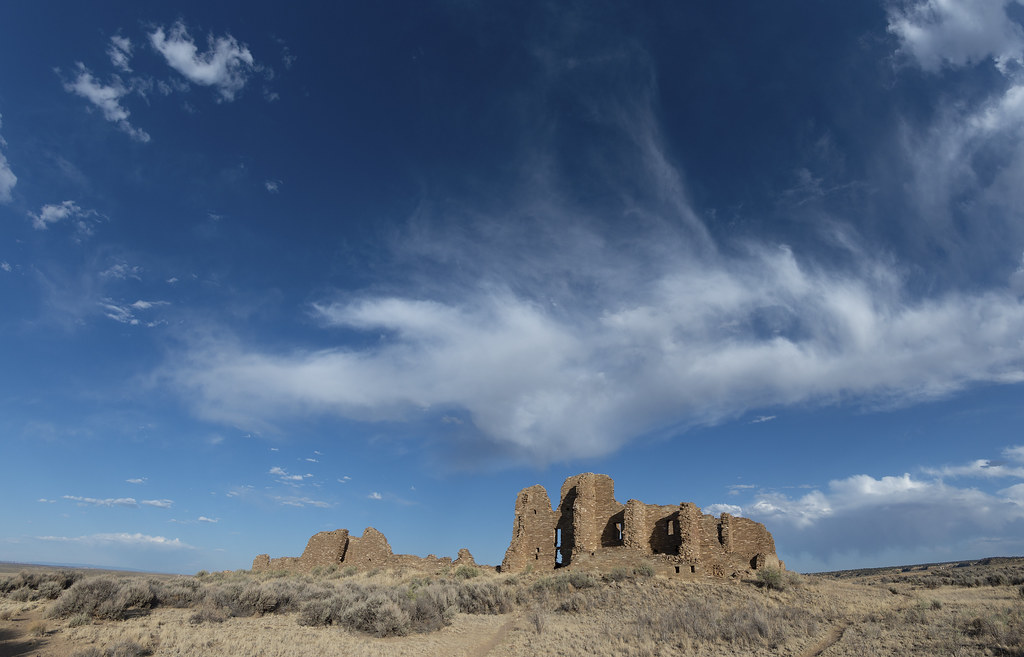 License: Creative Commons - Attribution
Author: John Fowler
Description:
The phrase "a long time ago" tends to be interpreted through the lens of your current life span. Anything that happened before I was born is "a long time ago". To a 30 year old, my birthdate in 1942 would be "a very long time ago", while for me my parents' birthdays were "a very long time ago". Pueblo Pintado was inhabited for over 300 years, from 900 to 1250 AD. That's a long time! And now it's been gradually decaying for 900 years. But still much remains. Some of the wooden transom supports look like they could have been placed not long ago. The kivas, though mostly filled in with the dust of ages, still can be seen. But much has been lost. The surrounding wall and some of the structures are gone. The original broad avenue that led to the main Chaco complex exists only in the minds of the archeologists. The town that was constructed over hundreds of years, its sense of purpose, the sights and sounds of the people -- all of that remains only in one's imagination. You must be still and listen closely to hear them.