The Belfry at Taiyuinbyo, Mausoleum of The 3rd Tokugawa Shogun, Lemitsu 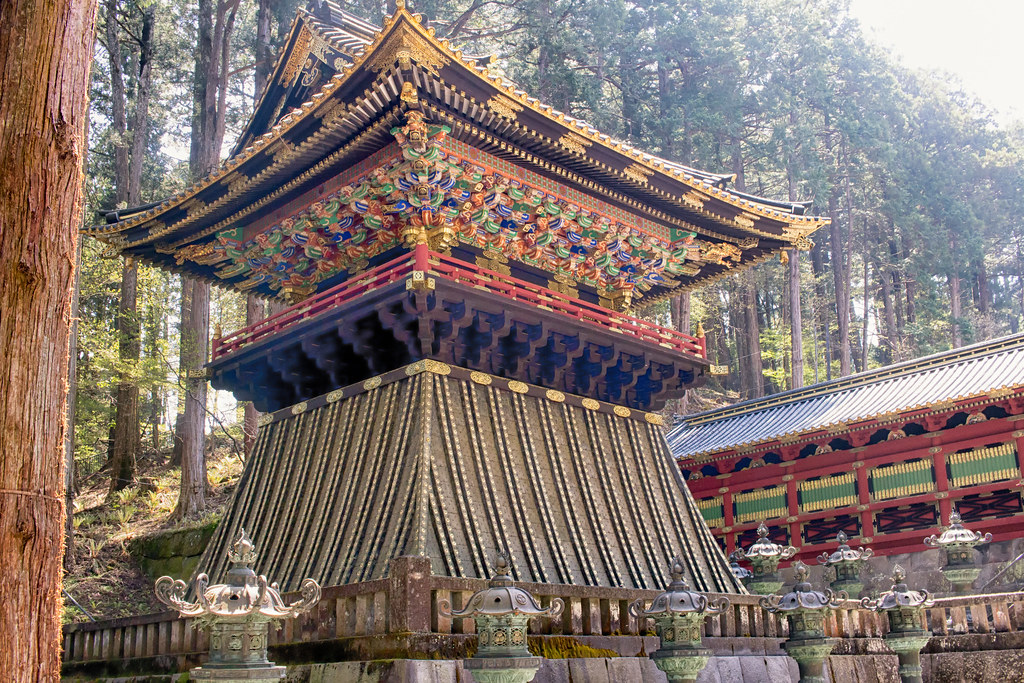 License: Creative Commons - Attribution
Author: Ray in Manila
Description:
PUBLISHED: japancheapo.com/entertainment/japan-national-parks/ ---------------- Taiyuinbyo is the mausoleum of the third Tokugawa shogun, Iemitsu, the grandson of Ieyasu. Lemitsu's lavish mausoleum complex resembles nearby Toshogu Shrine in its layout and architecture, but it was intentionally built somewhat more modest than the Toshogu, due to Iemitsu's deep respect for his grandfather. Taiyuin is the posthumous name of Iemitsu. The construction of Taiyuin was supervised by Ietsuna, the fourth Shogun, and was completed in 1653, four years after the death of Shogun Iemitsu. The buildings of the Taiyuin Mausoleum face Toshogu Shrine as a symbol of Iemitsu’s respect for his grandfather, the first Shogun.