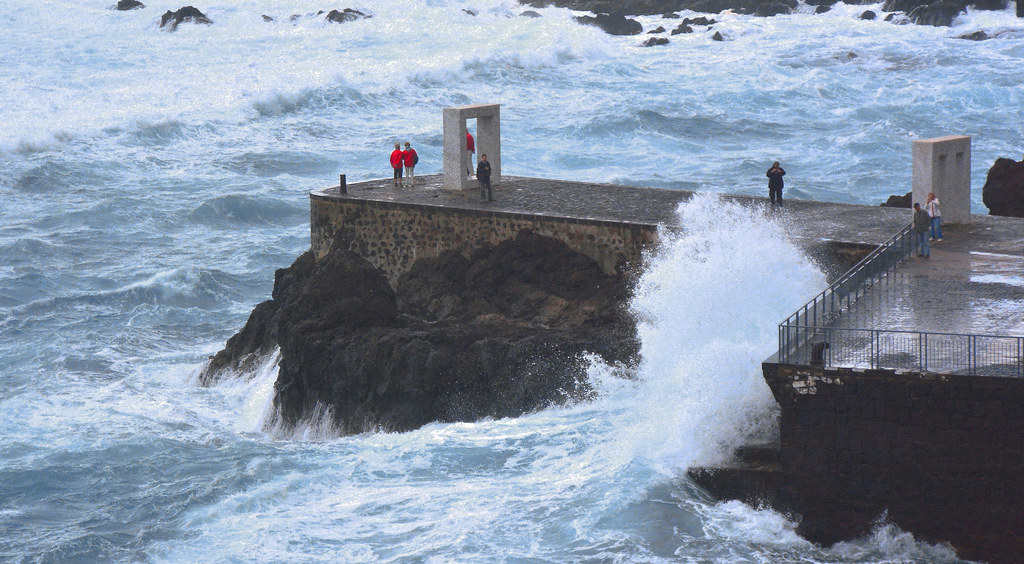 License: Creative Commons - Attribution
Author: Mike McBey
Description:
I was on the island of Tenerife during a February storm when the waves from the Atlantic were crashing against the shore. Looking down to a small harbour I was alarmed to see these people apparently unaware of the danger they were in. (They wisely retreated much further back a few moments later)