Crafers. In the Adelaide Hills. The 1983 Ash Wedensday bushfires destroyed several 19th century mansions. This ivy covored fireplace is all that remains of a cottage in the grounds of Arthurs Seat which was built in 1875. 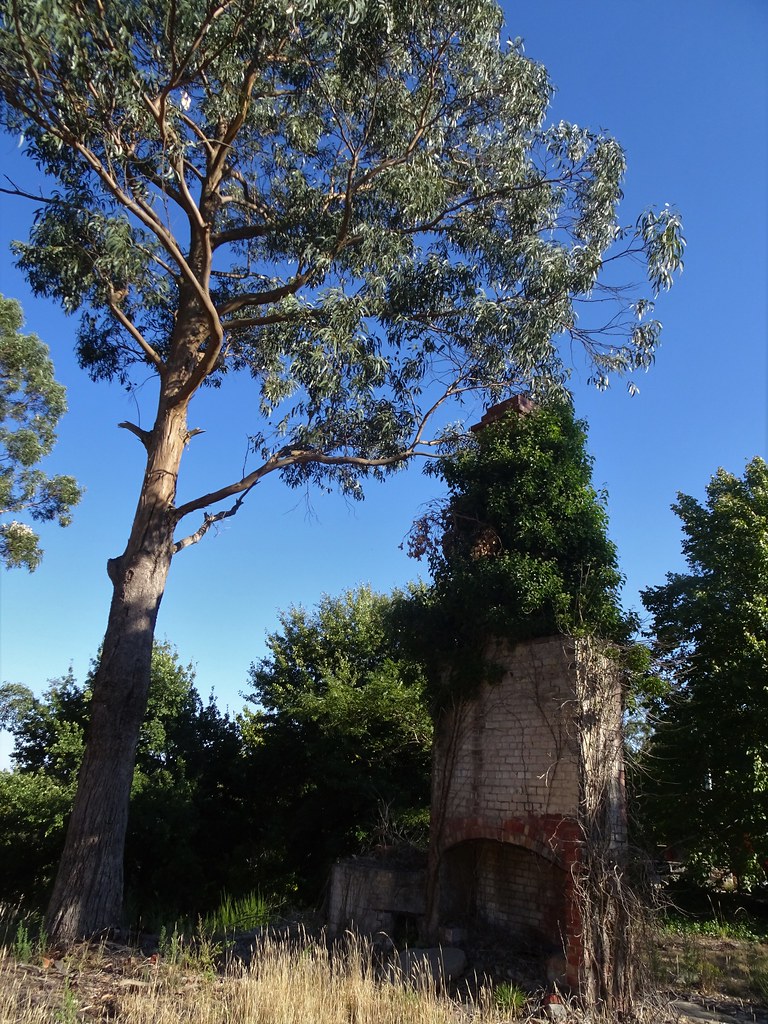 License: Creative Commons - Attribution-No Derivatives
Author: denisbin
Description:
Crafers: Arthur’s Seat later the Stawell School. George Tinline, a wealthy pastoralist, investor and manager of the Bank of South Australia from 1839 and brother-in-law of Alexander Borthwick Murray built a cottage on this plot in 1858 before he returned to England in 1863. The unfinished Tinline Court House was sold in 1871 and bought by Gavin Young who employed architects to complete the house in 1875. He named it Arthur’s Seat as the land was originally owned by Arthur Hardy. Later owners included Henry Teesdale Smith before it was purchased in 1926 by Patience Hawker and Mabel Hardy as premises for Stawell School. The school accepted both day and boarding students and the girls were taught to “develop their individuality” through art, literature and music. Traditional subjects of French, Latin, science, history and geography completed the curriculum. The list of girls included some from most of the great pastoral families of SA- Gebhardt, Hawker, Cudmore, Dutton, Bowman, Davenport, Kidman, Melrose, Murray, Robertson etc. In 1927 the school started with 23 pupils but this increased to 40 in the next year. For many the school was both a finishing school and traditional school but with petrol rationing numbers dwindled in 1939 and the school moved from Arthurs Seat to a property in Mills Terrace North Adelaide. The school company ceased operations in 1940. Patience Howard (née Hawker) went on to be the first woman to stand for parliament in SA in 1948 as a Labor Party candidate for the Upper House but she was not successful. When the Stawell School closed in 1940 the property was used as a convalescent home for the Australian Women’s Army Service before it was sold in 1943. It was destroyed in the 1983 Ash Wednesday bushfires but has public access as it is now owned by the SA government.