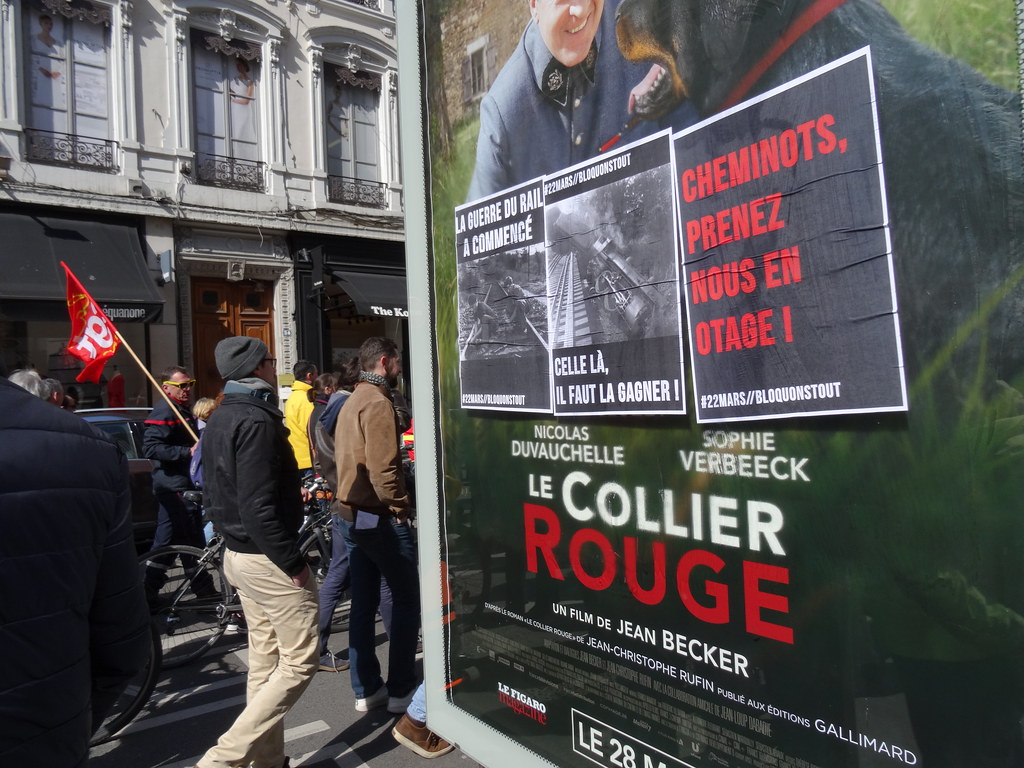 License: Creative Commons - Attribution-No Derivatives
Author: Jeanne Menjoulet
Description:
Manif fonction publique 22 mars 2018 Grosse mobilisation à Lyon ! 15.000 manifestants Demontration in Lyon, France, to maintain our public services - against government's laws. French people protesting against upcoming reforms bad for the quality of public services. As a result of those reforms, criteria of public service begin to give way to those of profitability. Our state services in France (heath, school, railway...) are among the best services in the world. But all the reforms impulsed by the government aim to slowly replace this very efficient public sector (open to everybody) by a private sector only focussed on financial gains. State-based social services and welfare entitlements are cut back or replaced by market-based provisions available only to those who can afford to pay. On March 22, hundreds of thousands of nurses, teachers and other public sector workers joined forces to march against French President Emmanuel Macron’s reforms all over the country yesterday. Estimates of the numbers of those joining rallies held in some 140 locations across the country vary between 323,000 (the ‘official’ tally) and 500,000, the figure issued by the Confédération Générale du Travail (CGT), one of the principal trade union organiser of the action.