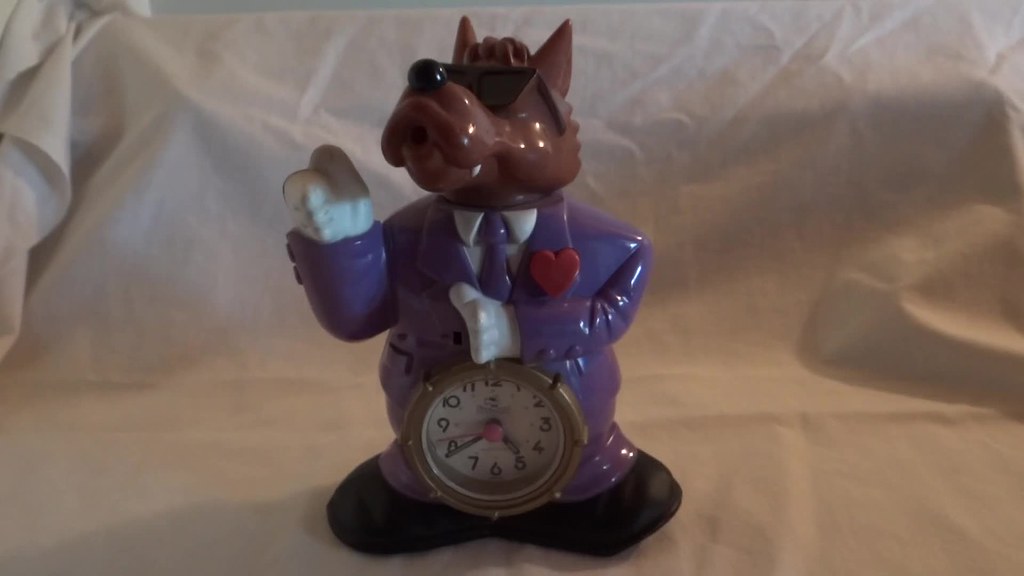 License: Creative Commons - Attribution
Author: Betta Tryptophan
Description:
Rhythm Clock company made this neato novelty alarm clock and called it "Saxy Wolf" in the US (he's supposed to be holding a saxophone, which is missing in my example here). But this one is called "Dandy Wolf," or rather the katakana on the front of the clock face sounds out roughly thus. Also, good luck understanding the excited man talking/singing on the alarm; I think it's Japanese, although sometimes it sounds like Spanish. But judging from the rest of the clock, probably Japanese. Either way, it's a pretty cool alarm clock from way back in the early 90s (or perhaps even the late 80s). This fellow is for sale in my Etsy store, and this video is for those people who want to hear it in action.