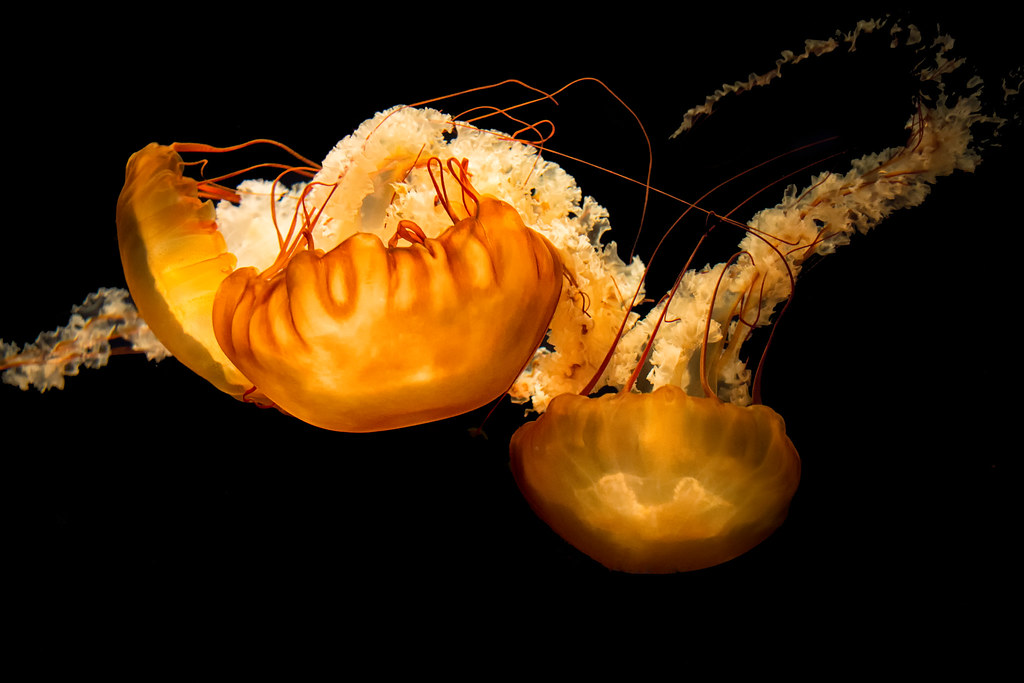 License: Creative Commons - Attribution
Author: Ray in Manila
Description:
PUBLISHED: Monterey Bay Aquarium montereybayaquarium.tumblr.com/post/168626284711/mooonjel... www.thephotoargus.com/cool-jellyfish-images/ imagict.com/en/words/polyp -------------- Chrysaora fuscescens (commonly known as the Pacific sea nettle or West Coast sea nettle) is a common free-floating scyphozoan that lives in the East Pacific Ocean from Canada to Mexico. Sea nettles have a distinctive golden-brown bell with a reddish tint. The bell can grow to be larger than one meter (three feet) in diameter in the wild, though most are less than 50 cm across. The long, spiraling, white oral arms and the 24 undulating maroon tentacles may trail behind as far as 15 feet. For humans, its sting is often irritating, but rarely dangerous. Chrysaora fuscescens has proven to be very popular for display at public aquariums due to their bright colors and relatively easy maintenance. It is possible to establish polyps and culture Chrysaora in captivity. When provided appropriate aquarium conditions, the medusae do well under captive conditions. The origin of the genus name Chrysaora lies in Greek mythology with Chrysaor, brother of Pegasus and son of Poseidon and Medusa. Translated, Chrysaor means “he who has a golden armament. en.wikipedia.org/wiki/Chrysaora_fuscescens