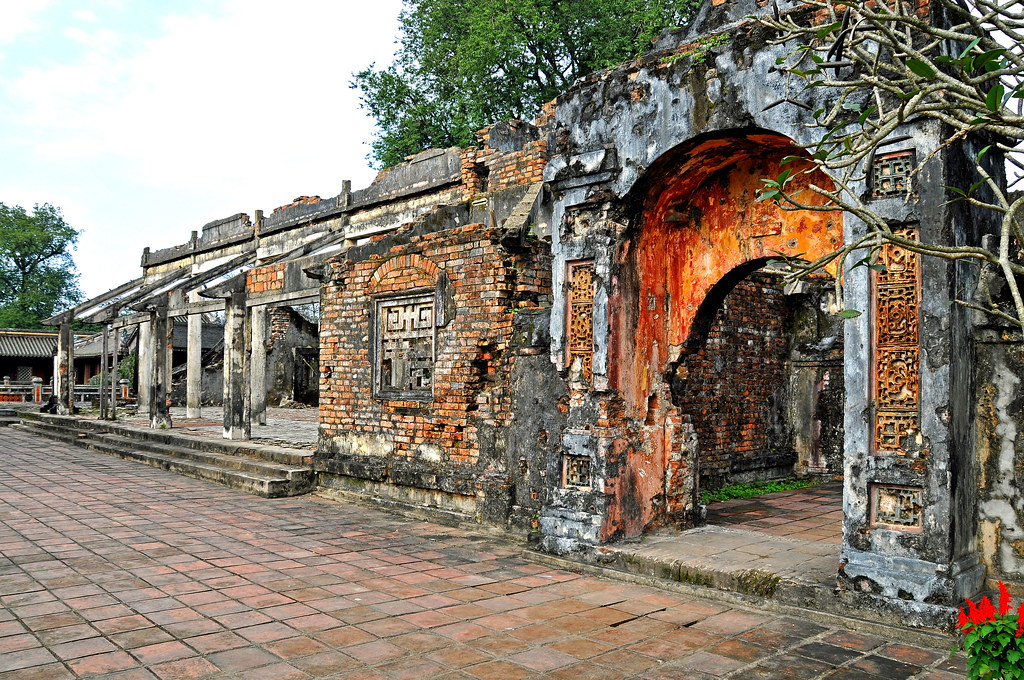 License: Creative Commons - Attribution-Share Alike
Author: Dennis Jarvis
Description:
PLEASE, no multi invitations (none is better) in your comments. Thanks. Ta Tra Building functioned as the waiting hall for those who were granted an audience at Dien Tho Palace with the Queen Mother. It was damaged by war in 1968 and by typhoon in 1985. Hue, Vietnam One of Vietnam’s seven UNESCO World Heritage Sites, the Imperial City of Hue. The Imperial City of Hue was a walled fortress and palace of the ancient city of Hue which was a capital city of the Nguyen Dynasty for 140 years date back from 1805 until 1945. The place was planned to be built in 1803 and was constructed between the 27 years from 1805 to 1832, making it the most massive structure being built in the history of modern Vietnam involving thousands of workers, millions cubic meters of rock. The Imperial City of Hue has a circumference of 10 kilometers (6.21mi) with the height of 6.6 meters (21.6ft) and 21 meters (68.9ft) thick with forts, accompanied by cannons, artilleries and ammunitions. There are ten majestic gates leading to the Imperial City of Hue, which can be divided into two main parts excluding houses and mansions: The Citadel and The Forbidden City. The former served to protect the important palaces inside while the latter was where the emperor and the royal family stayed as well as the court’s workplace.