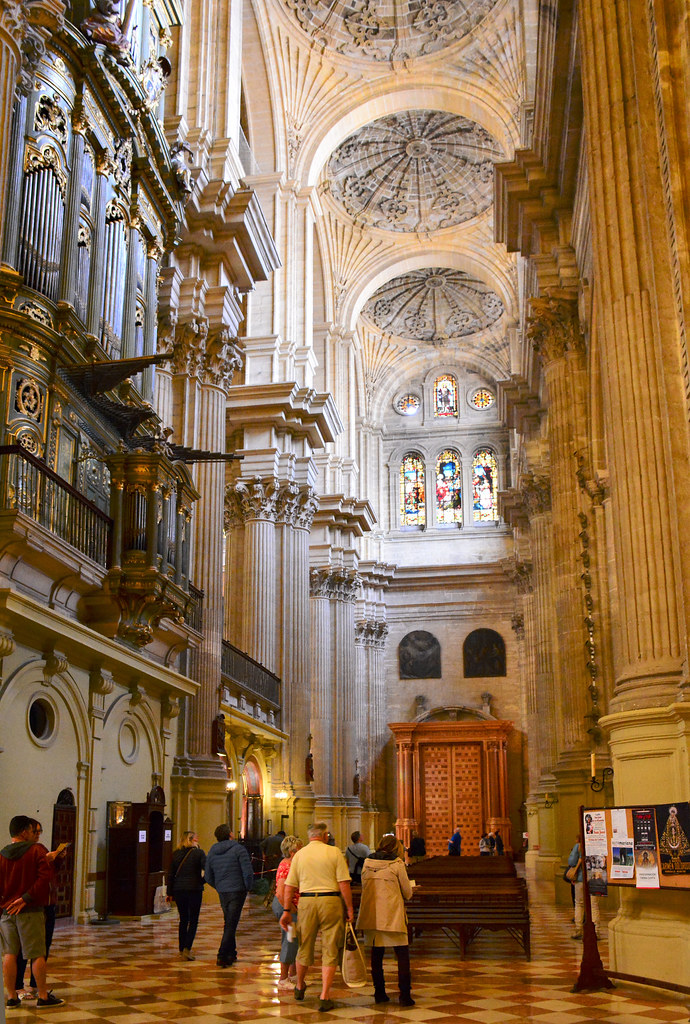 License: Creative Commons - Attribution
Author: Mike McBey
Description:
The cathedral of Malaga in Southern Spain was built between 1528 and 1782 on or near the site of a former mosque. While original plans had allowed for two towers, lack of funds* resulted in the completion of only one, giving rise to the name by which the cathedral is affectionately referred to, La Manquita, loosely interpreted as "one armed woman". *The lack of funds came about as lots of money was sent to America to help those striving for independence from Britain.