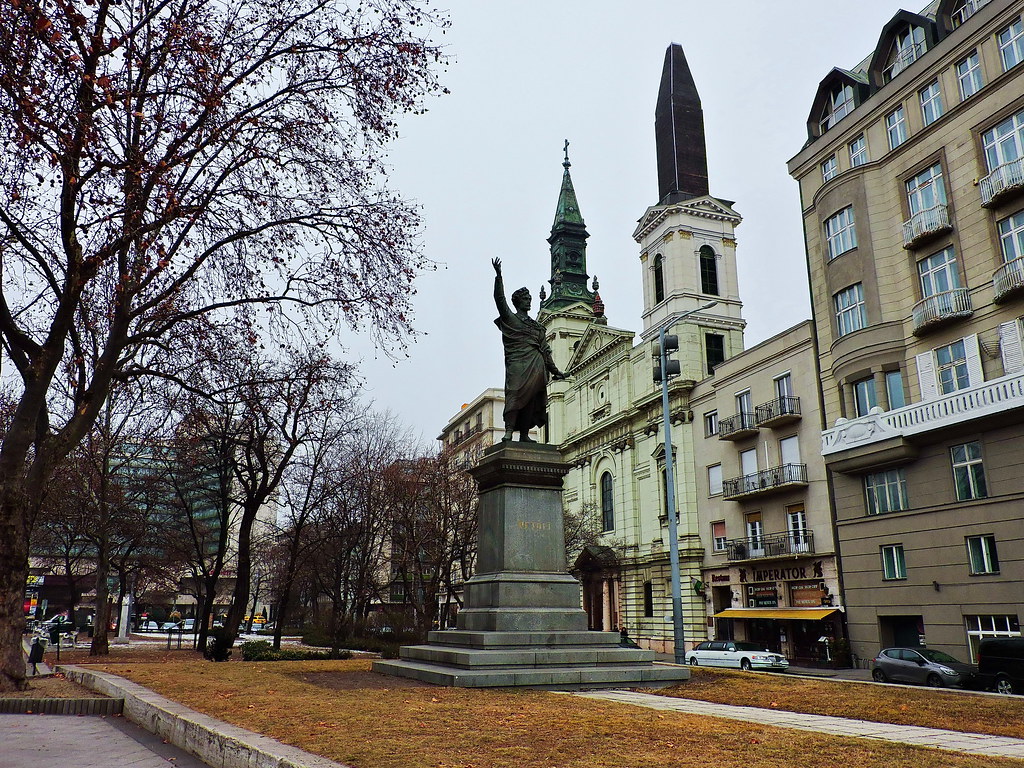 License: Creative Commons - Attribution
Author: Dimitris Kamaras
Description:
Adolf Huszár, 1882 vanderkrogt.net/statues/object.php?webpage=ST&record=... Sándor Petőfi (born Petrovics; Hungarian: Petőfi Sándor 1 January 1823 – most likely 31 July 1849 was a Hungarian poet and liberal revolutionary. He is considered Hungary's national poet, and was one of the key figures of the Hungarian Revolution of 1848. He is the author of the Nemzeti dal (National Song), which is said to have inspired the revolution in the Kingdom of Hungary that grew into a war for independence from the Austrian Empire. It is most likely that he died in the Battle of Segesvár, one of the last battles of the war. Source: Wikipedia