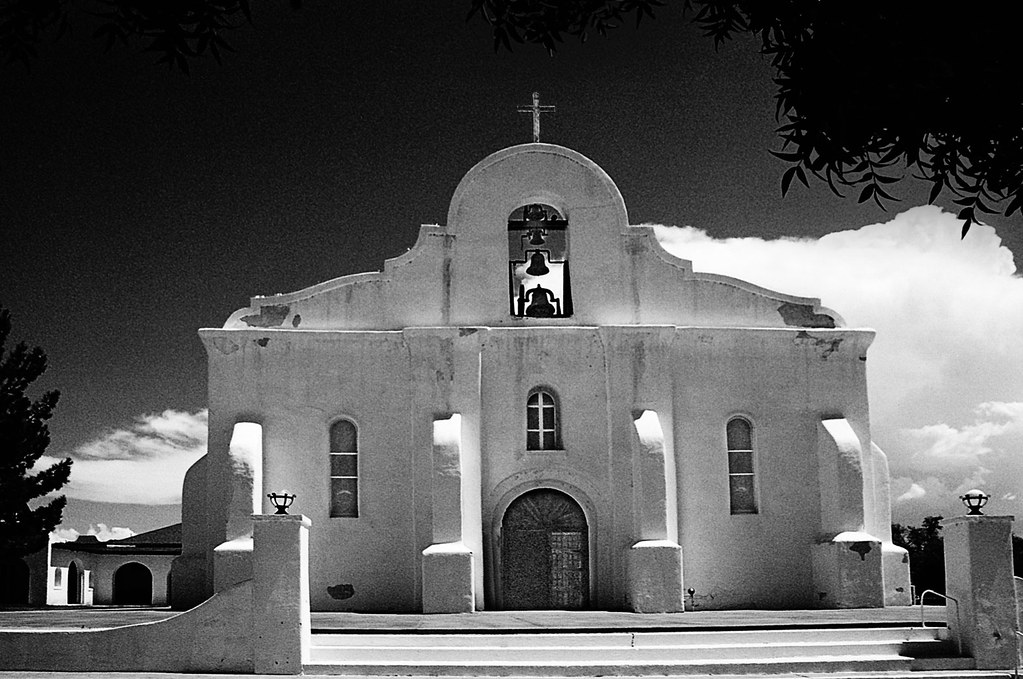 License: Creative Commons - Attribution
Author: kinglear55
Description:
Photo taken August 7, 2016 on Ilford XP2 chromogenic film with an Olympus OM-10 camera, 35-105mm Tokina lens and orange filter. Image was post processed with Adobe Elements. According to the Catholic Diocese of El Paso website, the San Elceario Mission, located in the town of San Elizario, Texas was founded by the Spanish in 1789 as a presidio or fort for Mexican troops stationed in the Mission Valley. The present Chapel was constructed in 1877 to replace the original chapel that had been destroyed by a flood. The one-story chapel is built in the traditional Spanish Mission style. Today, San Elceario Parish has 470 registered .