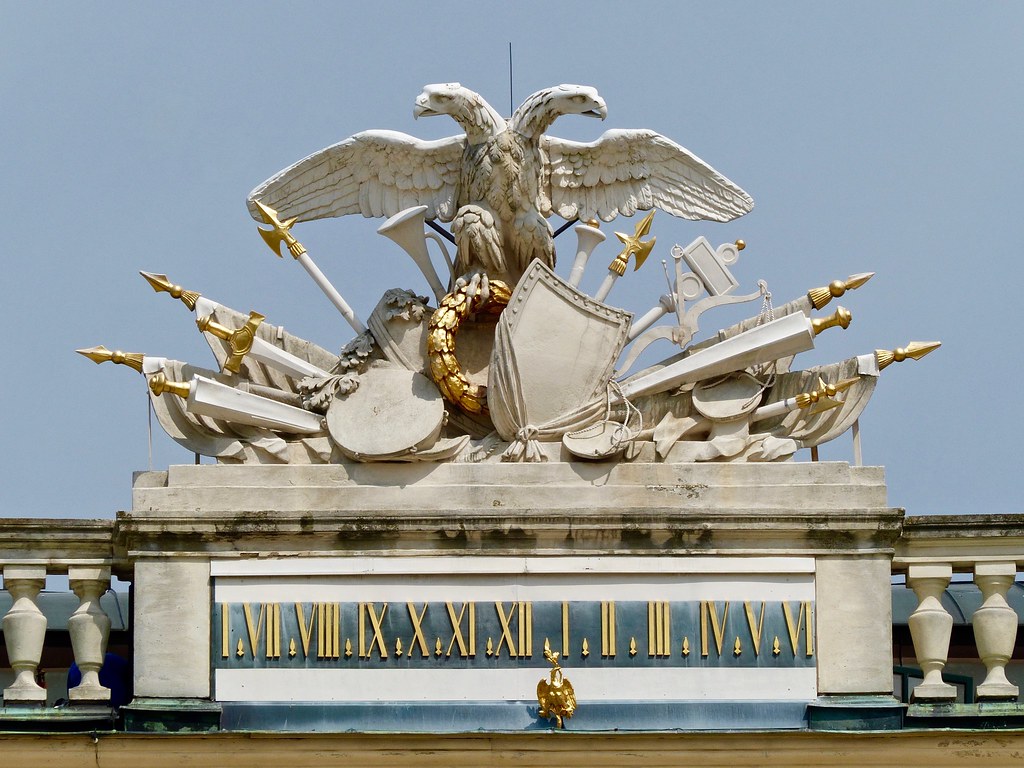 License: Creative Commons - Attribution
Author: Arjan Richter
Description:
As ‘lords of the air’, eagles were always taken as a favourite identification symbol for rulers. But an eagle with two heads? In the lands of the former Habsburg Monarchy, the double-headed eagle is the quintessential emblem of Habsburg dominion. But why did the heraldic animal sprout a second head? Back in Antiquity Roman emperors had chosen the eagle as an emblem of their power. The East Roman or Byzantine Empire, successor to the Roman Empire, adopted this seigniorial symbol and added a second head to the originally one-headed Roman eagle. Firstly, this expressed the secular and spiritual power of the Emperor of Byzantium, secondly the claim to rule in East and West. (Source: habsburger.net). Public Clock Photography - Arjan Richter