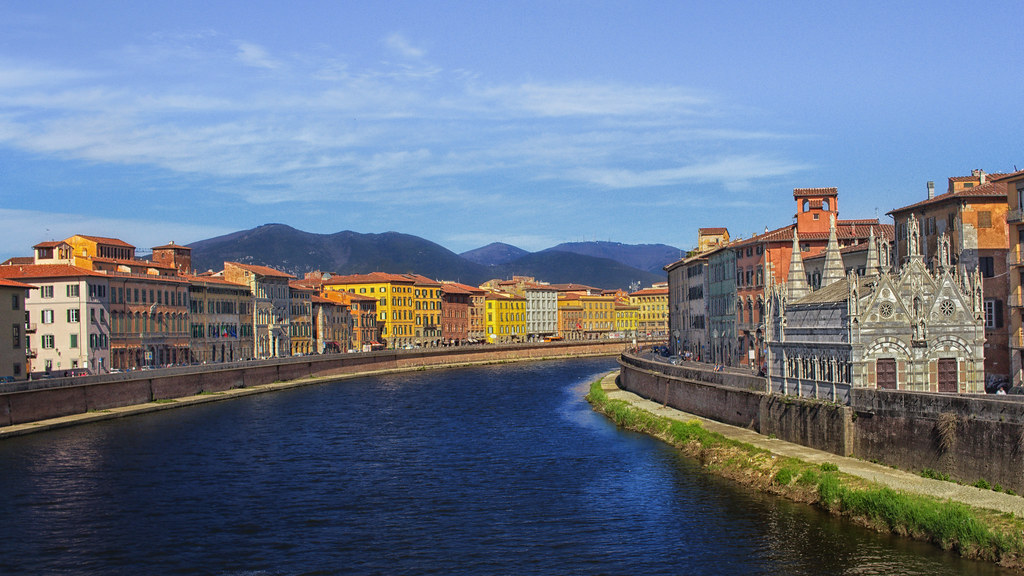 License: Creative Commons - Attribution
Author: Ray in Manila
Description:
Santa Maria della Spina is a small church in the Italian city of Pisa. The church, erected around 1230 in the Pisan Gothic style, and enlarged after 1325, was originally known as Santa Maria di Pontenovo for the newer bridge that existed nearby, collapsed in the 15th century, and was never rebuilt. The new name of Spina ("thorn") derives from the presence of a thorn, allegedly part of the crown dressed by Christ on the Cross, brought here in 1333. In 1871 the church was dismantled and rebuilt on a higher level due to dangerous infiltration of water from the Arno river. The church was altered in the process, however, and John Ruskin, who visited Pisa in 1872, was outraged about it. The church of Santa Maria della Spina has always been administered by the city, except for short interruptions in the seventeenth and eighteenth centuries when it fell to the responsibility of the local hospital. en.wikipedia.org/wiki/Santa_Maria_della_Spina The Arno is a river in the Tuscany region of Italy. It is the most important river of central Italy after the Tiber.